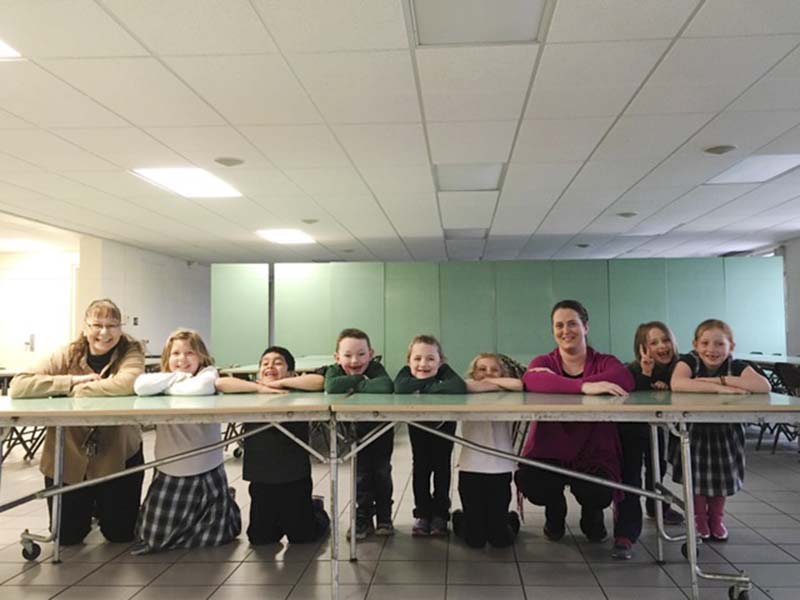 The combined efforts of students, families, staff and the community surrounding St. Theodore Catholic School helped raise $9,625 for the school through the 2017 Catholic schools raffle, according to a press release.

While the annual fundraiser involves more than 80 schools in three states and raised over $1,066,450 in 2017, every dollar raised by St. Theodore stays in Albert Lea.

“Again this year, our Catholic schools raffle is proving to be one of the largest fundraisers for parochial education in the upper Midwest. To date, over $6 million has been raised, and we are incredibly proud that 100 percent of that total has gone directly to schools like St. Theodore to use in supporting their educational mission,” Catholic United President Harald Borrmann said. “Congratulations to all the students, parents, faculty, administrators and neighbors who have helped make this program such an unqualified success. When so many good folks get together for a worthy cause, great things happen. Our sincerest thanks to all involved.”

Before the raffle began on Jan. 13, the staff at St. Theodore Catholic School set a fundraising goal. Sponsor Catholic United Financial provided all promotional materials, raffle tickets and prizes for the program to the school at no cost. St. Theodore provided the volunteers, energy and creativity to make the most of the six-week program.

Ticket sales and donations were collected by students and volunteers through Feb. 26, totaling $9,625. The raffle wrapped up March 9 with a prize drawing ceremony broadcast live on the Catholic United Financial website. The prizes, valued at more than $40,000 total, included a 2017 Jeep, vacation and travel packages, iPads, Amazon Fire TVs and more.

Catholic United also rewarded student ticket sellers. The top-selling student at St. Theodore won a new Kindle Fire tablet, and the top selling class won a pizza party. With this successful fundraiser now finished for the year, every student at the school will benefit.

The annual Catholic schools raffle and Catholic United Financial have raised more than $6 million for Catholic schools in Minnesota and the Dakotas since 2009. Video, photos and a list of prizewinners and results will be available at www.catholicunitedfinancial.org/raffle.