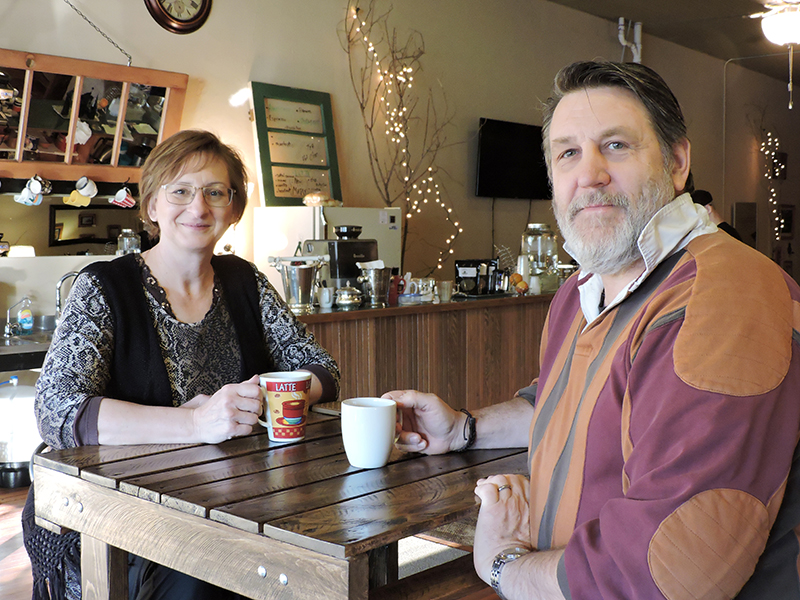 WELLS — An advertisement in a local paper, a window display showcasing new merchandise, a big sign announcing a promotional sale — there are many tactics businesses use to bring customers in the front door. Some offer less traditional ideas.

When Bill and Pat Schuster found themselves with a property to market, they decided to lure people into the facility with something the town didn’t have — a coffee shop. By selling memberships, the business owners allow area residents the opportunity to enjoy the atmosphere, and the owners have a way to promote their facility.

“With the membership they get as many coffees as they want, they can have as many pastries as they want,” Bill Schuster said. “They can stay and play games. They can hang out and use the high-speed internet. So the membership offers a service, but the primary reason to get them in here is to look at the space.”

The Bean features a conference room and an area dedicated to a pop-up business. The whole ground floor can be rented out if one chooses to host an event at the establishment. 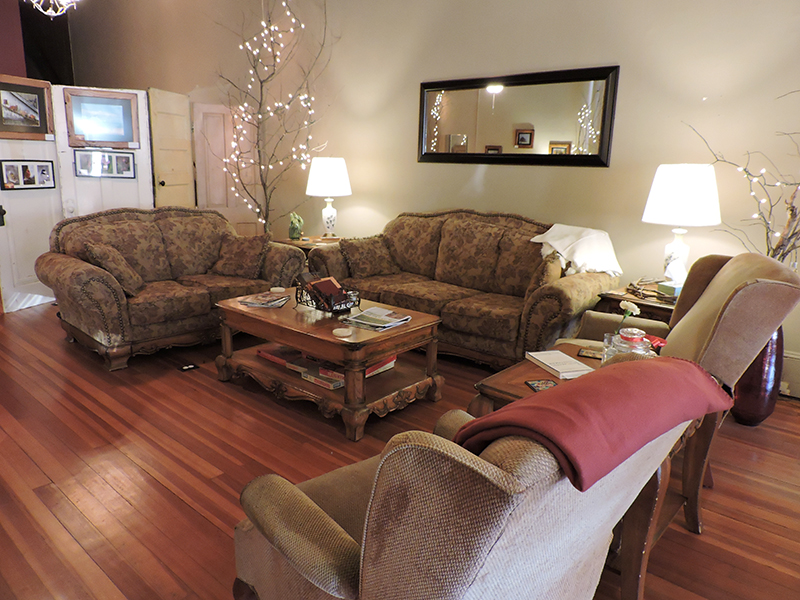 Club members can relax at The Bean by reading, playing games or watching the big-screen television, all while enjoying the club’s high-speed internet. – Kelly Wassenberg/Albert Lea Tribune

The rental schedule is flexible to allow customers to use spaces for half a day, all day or all week in some circumstances.

They also get to promote other businesses in the community. The rolls and pastries they carry come from the bakery across the corner, and the photos on the wall are by local artist Darcie Sime, whose husband makes the frames for her work. They also have other decor items in the club that are sold on consignment.

As an additional option, business owners can rent the pop-up business area of the store. By renting this section of the store, sellers receive 100 percent of the sales from their merchandise.

“We’re kind of making decisions as we go and playing everything by ear — finding out what works and what doesn’t,” Bill Schuster admitted.

The Bean offers a wide variety of coffee and tea drinks including lattes and expressos. The coffee is sourced from around the world and freshly roasted on site to ensure the quality of the coffee doesn’t start to deteriorate before it is brewed. Members are allowed to help themselves or have a barista make their beverage for them.

While the Schusters are new to this type of a venture, they do have a background in real estate.

The couple recently moved back to the United States following almost 30 years of missionary work in Guatemala and Australia. Although they loved Australia, Bill Schuster said they believed the Lord was leading them to make a change.

“We’d been pastoring in that church for over 20 years and it was time to raise up other leaders to do what we were doing,” he said.

They returned to the area to be closer to their family and to provide additional oversight of their real estate business that includes 13 different units in Albert Lea through their limited-liability company, House and Home Rentals.

In fall 2015, Bill Schuster saw The Bean’s location had come on the market. He liked it and felt the price was right, but he didn’t know what he’d do with it. He waited too long and someone else bought the property.

After remodeling the upstairs apartment, he and his wife worked on the lower level of the building, which officially opened in December.

The couple plans to have the conference room finished by March and is looking at the possibility of refurbishing the basement into a recreational space for youth activities sometime in the future.

13 – Units in Albert Lea the Schusters own through their company