Woman pleads not guilty to strangling man with cord

An Albert Lea woman who allegedly used a telephone cord to strangle a man in February pleaded not guilty on Thursday in Freeborn County District Court.

Marcine Kay Miranda, 56, is charged with domestic assault by strangulation. 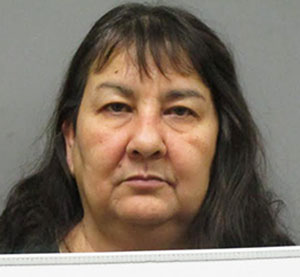 Court documents state Miranda was charged after officers responded to a domestic call Feb. 28 at 928 W. Front St. in Albert Lea. The alleged victim, who was known to Miranda, alleged that during an argument, Miranda put a landline phone cord around his neck, causing him to have difficulty breathing.

Domestic assault by strangulation carries a maximum sentence of three years in prison and a $5,000 fine.