Memorial services for Ardella Mae Simacek of Waseca will be at 10 a.m. Saturday at Vista Lutheran Church of New Richland. The Rev. Brian Gegel will officiate. Friends are invited to greet the family an hour before the service and to stay for lunch following the service at the church where they are invited to enjoy one of Ardella’s favorite meals. Interment will be in Woodville Cemetery in Waseca. 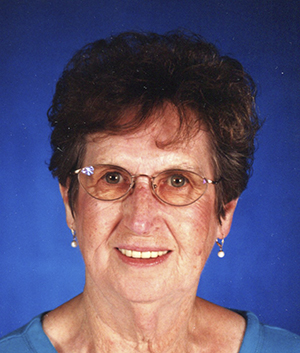 Ardella, the oldest of seven children, was born Feb. 28, 1937, in rural Bricelyn. She was the daughter of Lester and Hattie (Winter) Knutson. She attended country school and graduated with the Kiester High School class of 1955. On Nov. 26, 1955, she was united in marriage to Ronald Roehrs. Ardella was married to Ron for 19 years; later she married Emil Simacek on Nov. 3, 1975.

Ardella was no stranger to having an amazing entrepreneurial spirit. While raising six children, Ardella was instrumental in the establishment of a family farm, worked at Brown Printing Co. and EF Johnson, and was active in leadership in 4-H, Garden Club and Vista Lutheran Church. In 1990 she relocated to Texas and obtained her CDL license and drove cross country with her husband. She was a founder in a fiber optic company which became Fiber Systems International — a multi-million-dollar company providing communication technology used in the military’s national defense.

Ardella remained active in the company until her retirement in 2003. Outside of work, Ardella loved baking, cooking and was an avid gardener.

She was preceded in death by her husband, Emil, in 2001; ex-husband, Ronald, father to their six children, in 2000; special friend and partner, Tommy Thompson, in 2004; father in 1964; mother in 2001; sister-in-law, Janice Knutson; and nephews Jeffrey Heitland and Terry Knutson.