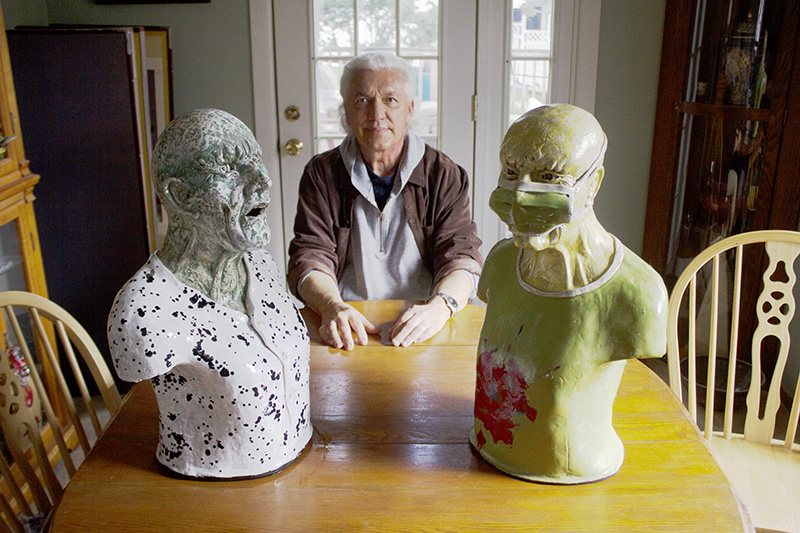 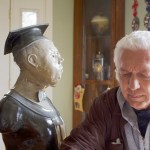 Artist Rick Mammel is pictured with his sculpture “Academician” during an interview Tuesday. The sculpture is part of his collection entitled “Chaddor: The Masks that People Wear.” Evelyn Seffinga/Albert Lea Tribune 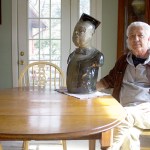 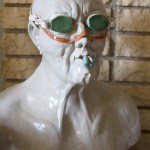 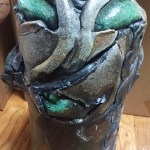 Local artist Rick Mammel’s work titled ‘Implosion/Explosion’ is currently on display at the Missoula Montana’s Museum of Art as part of “The Lela and Rudy Autio Family Collection.” Provided 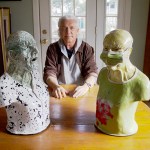 Mammel — a Fargo, North Dakota, native — studied fine arts and earned his undergraduate from Minnesota State University-Moorhead. He earned his master of fine arts degree at the University of Montana-Missoula while becoming very close to the Autio family. He studied under the late Rudy Autio, who was nationally and internationally known for ceramic arts and clay sculpture.

“They were like surrogate parents to me and to many of us, really,” Mammel said. “Rudy was my major professor in grad school.

“Wonderful people,” Mammel said of the Autio family. “God, I miss them a lot.”

Autio was notable for being a revolutionary 20th- and 21st-century sculpture, using clay as a primary medium. Mammel described him as a humble man.

Autio founded the ceramics program at the University of Montana. He died in 2007. His wife, Lela, died in 2016. Their private collection, including Mammel’s piece entitled “Implosion/Explosion,” will be on display in the Missoula Art Museum Carnegie Gallery until June 24.

Mammel retired and moved to Albert Lea with his wife, Marie, in 2007, after more than 30 years as a professor of art and art history. His last professorship was at Quincy University, a private Catholic college in Illinois.

“After I had been there for many years, shortly after the turn of the century, a stranger shows up at my office door, introduces himself by telling me that he was a member of the board of the Illinois Art Council. Well anyhow, then he proclaimed, ‘Rick, you are the only avant-garde artist in the state of Illinois,’” Mammel said. “Well, if I were in New York or California, I could be impressed with myself.”

Mammel’s works tend to be inspired by political or historical occurrences. Most pieces are ceramic or drawn works that portray the veils or masks that people wear. His figures, as  stated in his artist statement, are metaphorical and at times, confrontational. He said his art acts as an appeal for people to strive to become what they claim to be, hope to be or, perhaps, warn people of what they are becoming.