Bringing a comedy to life 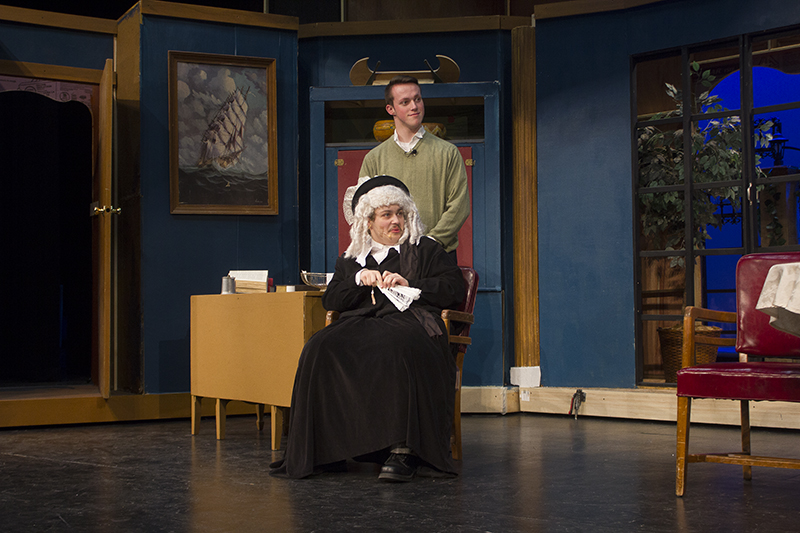 Brett Pederson stands over Brady Berg, who is settling into the role of pretending to be the title role of Charley’s aunt in United South Central’s production. - Kelly Wassenberg/Albert Lea Tribune

After nearly 30 years, the classic farce “Charley’s Aunt” will return to the United South Central school stage this weekend.

Under the direction of Clay Miller, students will perform the play at 7 p.m. today and Saturday and 2 p.m. Sunday.

Miller said this was one of his first shows when he started directing the fall musicals and spring productions 33 years ago at the school.

“I have always wanted at some time to repeat this show,” he said. “This year, we have the perfect cast to do this production.” 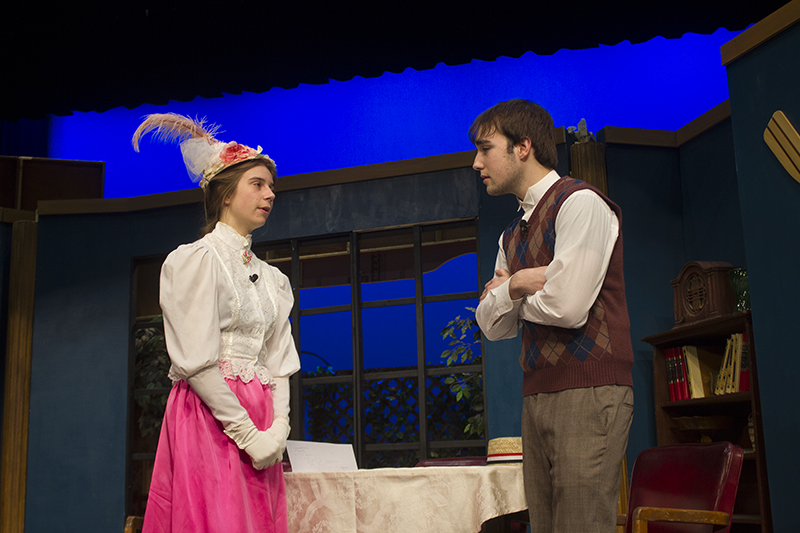 The plot of the show concerns two college boys who fall in love with two young women. They invite the ladies to lunch to meet Charley’s aunt, a wealthy lady from Brazil. Unfortunately, his aunt is delayed, and the two young women cannot stay without a chaperone.

Complications arise when the real aunt shows up from Brazil, but the impostor already has two proposals of marriage from two older gentlemen. The real aunt assumes another identity, and the comic confusion escalates even higher.

“In its many stage revivals, ‘Charley’s Aunt’ never failed to reach a wide and eager audience with its comedic, hilarious situations,” Miller said. “I’m sure you will agree when you see it.”

The students started rehearsals in February and have generally practiced three weeknights and on Saturdays each week since.

“These students do a fantastic, remarkable job,” Miller said, noting that many are involved in other activities on top of the play.

Miller said this will be his last spring production.

“It’s been a great run,” he said. “I am extremely thankful to have worked with hundreds of students, all which have touched my life in many positive ways. I cherish the memories, and I will miss working on future spring productions.”

He will still direct the fall musical. 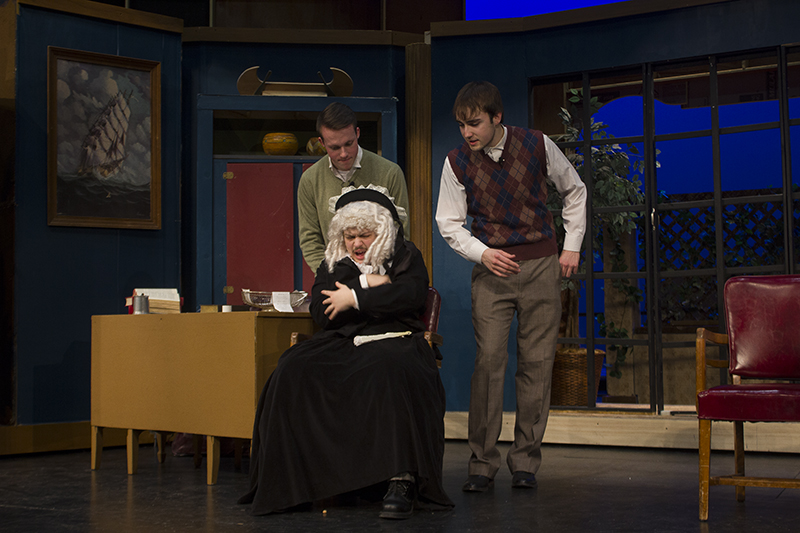 When the aunt of two of the characters in “Charley’s Aunt” is unable to play chaperone, Brady Berg is forced to assume the role. – Kelly Wassenberg/Albert Lea Tribune 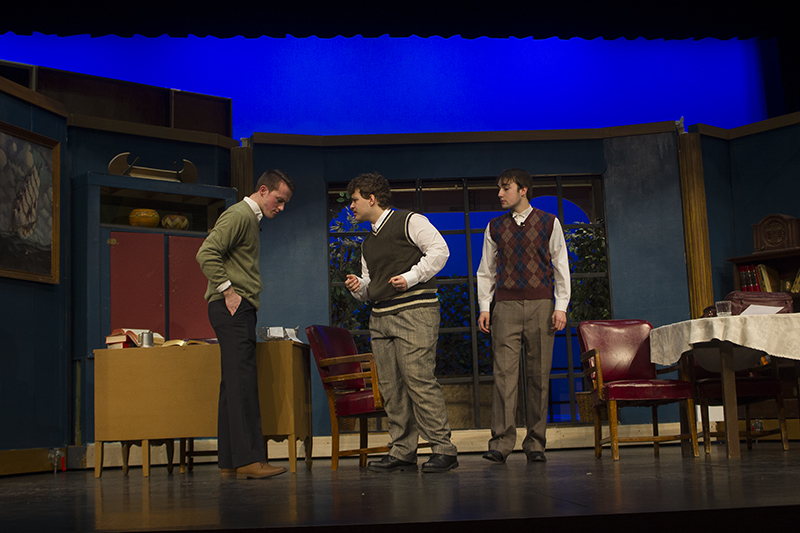 Brett Pederson, Brady Berg and Freeborn Milks rehearse for their roles as three Oxford college students during “Charley’s Aunt,” which will be presented in the United South Central auditorium this weekend. – Kelly Wassenberg/Albert Lea Tribune