Craig was born Jan. 30, 1953, in Spring Grove to Orvel and Rosie (Treangen) Olson. In 1971, he graduated from Mabel-Canton High School. He then attended Winona Technical School for sales and business. On April 27, 1974, he married Linda Amdahl at St. Olaf Catholic Church in Mabel. They later divorced. Oly had several careers throughout his life. These included dairy farming; being a realtor for Key Reality in Winona; manager of Sahaptin Farms in Winona; driving a delivery truck for Pugsly, Gross IGA in Mabel; co-owner of Hometown Foods in Mabel; meat manager for Econofoods in Rochester, Cresco and Stewartville; and was a salesman for Affiliated Foods and later Mason Brothers before he retired. 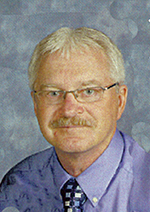 Oly was a member of the St. Olaf Catholic Church in Mabel. He was a former member of Mabel Fire Department, Mabel Business Association, Mabel EDA and the Rawhide Ropers. He served on the Mabel-Canton School Board and helped on the chain gang for football games. He loved his horses, dogs, cheering for his Dallas Cowboys and — especially — meeting new people.

He was preceded in death by his parents; two nieces; and his father and mother-in-law Bud and Dorothy Amdahl.

Mengis Funeral Home in Mabel is assisting the family with arrangements.