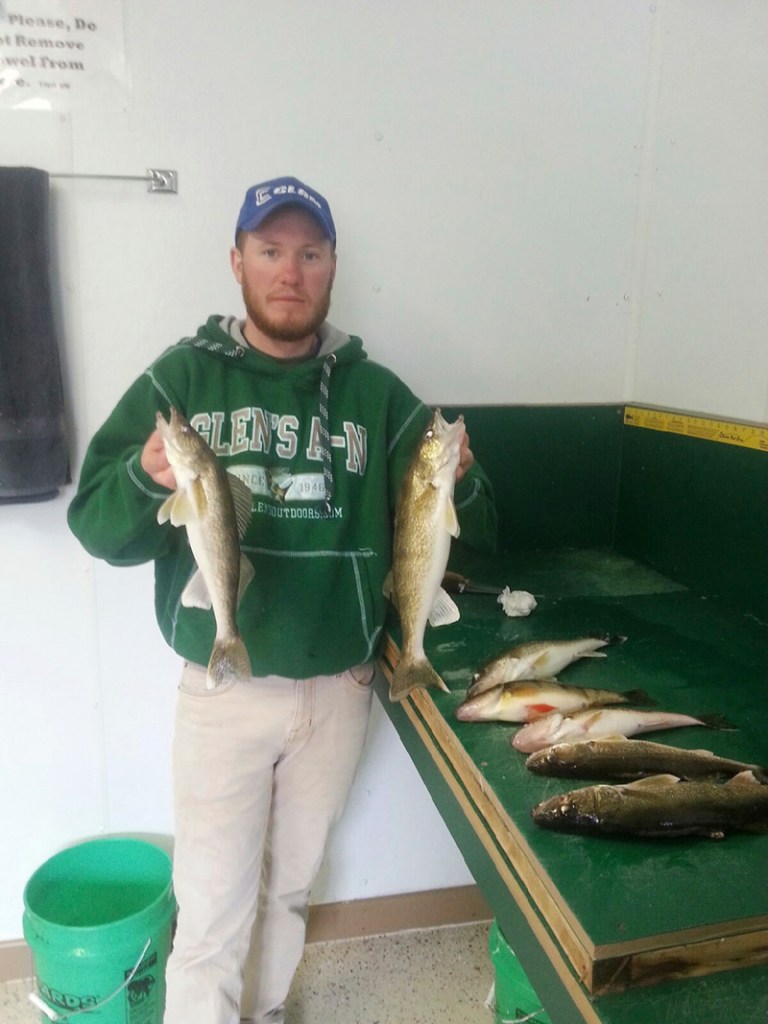 Trevor Herfindahl caught a mix of sauger and walleye with a friend on Rainey Lake last weekend. - Provided

I know it is really spring when I wake up each morning to the sound of birds chirping as they busily go about starting their morning business. This sound gives me a good feeling, knowing that all is well with nature. Like the birds, I am starting each day anew, but unlike the birds, I am not on a schedule like they are as they busily work on building nests to welcome the little ones into the world. This brings me to a subject that always gets my dander up — neighborhood cats.

We always seem to have more than our share of cats prowling the neighborhood, lying in wait for some unsuspecting bird to land a little too close. As long as folks have cats, they will always be prowling the neighborhood. I would hope these folks would take into consideration the season and keep fluffy indoors during the time when baby birds and rabbits are easy prey for these domestic predators. It’s a known fact that domestic house cats kill more wildlife (birds) than critters in the wild.

I am a lover of nature and, as I have grown older, I seem to appreciate even more the beauty of birds and critters in the wild. I don’t believe there is anything that will bring a person closer to nature than the sight of an eagle soaring overhead or of spotting a deer taking a drink of water as it stands on the shore of a remote lake. I have seen both scenarios unfold many times while fishing on a northern Minnesota lake. It’s kind of funny how a deer will usually just stand and watch as you stroll by almost as if it knows you are no threat.

On a fishing note — my grandson, Trevor, and his friend, Collins, ventured north this past weekend to fish sturgeon, walleye and sauger on the Rainy River and on Rainy Lake. The limit for sauger and walleye is eight inches, not more than four can be walleye; walleye 18-26 inch must be immediately released; only one walleye over 26 inches can be kept.

On their first day, Trevor and his friend were fishing on the Rainey River from Trevor’s 14-foot Lund fishing boat when the unimaginable happened — both of them had a fish on at the same time. This doesn’t sound like too big of a deal until you realize the two fish were very large sturgeon. Luckily there were quite a few boats around and a guy close to them asked if they wanted help landing the fish. He pulled alongside and jumped into their boat so that he could help them land the fish.

After all was said and done, they had boated both fish and all the while this was going on, the guy’s wife was taking pictures and shooting a video of them. It seems this good Samaritan worked for a fishing and hunting magazine called Midwest Outdoors. Trevor said these folks and all the fishermen around them were really nice, helpful folks. The sturgeon measured 62 inches and 72 inches, respectively, and Trevor said it was really a thrill, which I know had to be the highlight of his young fishing experiences.

The rest of their weekend was spent fishing for walleye and sauger on the big lake. Trevor said there were close to 300 boats in the area of the lake they were fishing and, even so, the fishing was great. They caught a lot of walleye and sauger and some smaller sturgeon. All the sturgeon was released. As a kid, I would dream about a fishing experience like this knowing full well it would probably never happen. That’s what dreams are all about and if you don’t chase them you will never know.

I have heard folks are still catching some nice crappie and perch in Fountain Lake. Edgewater Bay seems to be the hot spot and I have also seen folks fishing by Blackmore Bridge where it runs into Dane Bay.

Until next time, remember to keep your little ball of fur inside during the spring hatch.