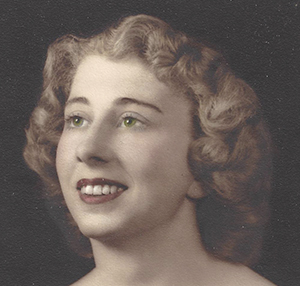 Dorothy was born Jan. 13, 1930, in Janesville, the daughter of Earl and Lilly (Born) Bolinger. She graduated from Albert Lea High School in 1948. On April 19, 1952, she was united in marriage to John F. Gonzalez at St. Theodore Catholic Church in Albert Lea. Dorothy lived her early years in Albert Lea and more than 50 in Minneapolis. She was an active member of St. Olaf Catholic Church in Minneapolis. In her free time she loved spending time with her family at the trailer in Hope. She provided day care for many years and her grandchildren were the sparkle of her eye.

She was preceded in death by her parents Earl and Lilly Bolinger; sisters Fern Hausman, Frances Rupp and Vivian Sorenson; and one brother, Bud Bolinger.

A memorial service will take place at a later date at St. Olaf Catholic Church in Minneapolis.

In lieu of flowers, memorials preferred to the Alzheimer’s Association of Minnesota at alz.org.