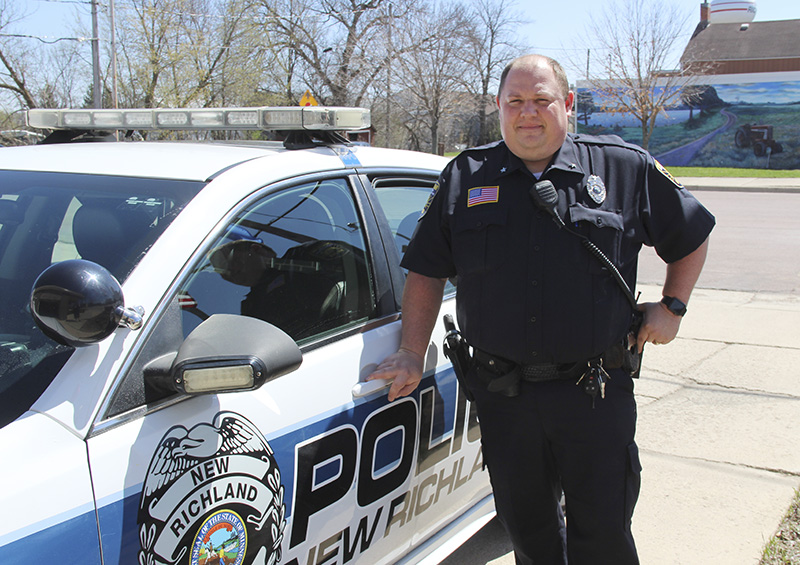 NEW RICHLAND — When Tony Martens was a young child, he always wanted to be a police officer.

He has achieved that dream — plus much more — over the last decade with the Waseca County Sheriff’s Office, as well as in his new position as police chief for the New Richland Police Department.

Martens said he started working as a dispatcher for the Waseca County Sheriff’s Office in 2005 before finishing his two-year law enforcement degree in 2006 at Riverland Community College to become a deputy with the Sheriff’s Office.

He then went on to complete a four-year degree in criminal justice and homeland security from Walden University, along with a master’s degree in public administration and emergency management. He advanced to the position of investigator for the Waseca County Sheriff’s Office in 2014.

Looking for room to grow, he applied and was offered the position as the New Richland police chief and officially started in the position April 10. He oversees one full-time and four part-time officers.

He fills the position formerly held by Scott Eads, who died last September.

Martens has lived in New Richland since the early 2000s and has served on the New Richland Fire Department since 2004, as well as on the EDA and City Council.

Looking ahead, he said he hopes he and the officers can be out in the community and available for residents in need.

Acknowledging that not many violent crimes happen in New Richland, Martens said he hopes to keep the community a nice and safe place to live.

He said he will work mainly Mondays through Fridays and may work some night shifts as well as some day shifts. He hopes residents know he is happy to talk with anyone and hopes people view him as approachable.