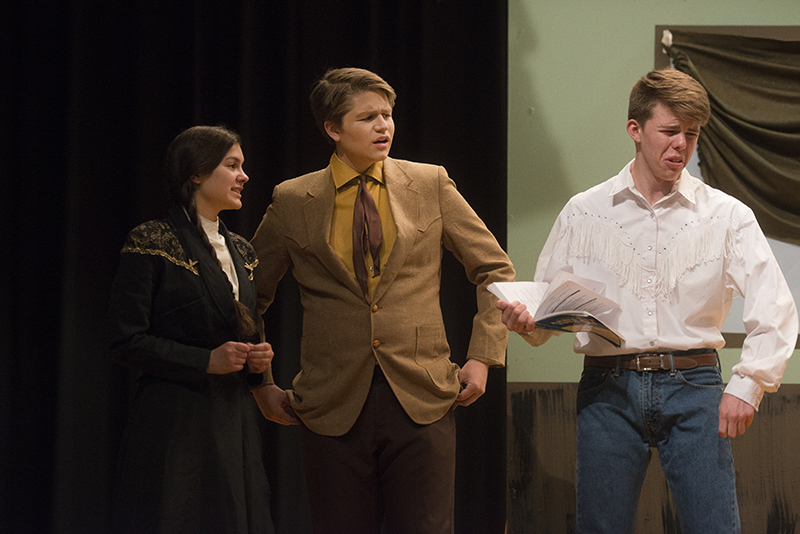 NRHEG students rehearse for the school’s upcoming production of the Western classic “Annie Get Your Gun.” - Colleen Harrison/Albert Lea Tribune

NRHEG will put on Western classic

NEW RICHLAND — NRHEG students will perform the classic musical “Annie Get Your Gun” this weekend.

Performances will begin at 7 p.m. Friday and 2 p.m. and 7 p.m. Saturday at the high school. Admission is $4 for students and $6 for adults.

The play follows Annie Oakley, played by Maurya Johnson. Oakley, who comes from a rough background, receives the opportunity to shoot against a world-famous sharpshooter, Frank Butler, who is played by Benjamin Lewer. Oakley, who wins the contest, travels the West in a Wild West show, makes a name for herself and falls in love with Butler.

The play is directed by Amanda Inouye. Jennifer Fredrickson is the music director.

Inouye said one of the reasons she brought up the show was because of her enjoyment of the song “Anything I Can Do.” The song was composed by Irving Berlin for the musical.

The play is unique, Inouye said.

“You don’t see ‘Annie Get Your Gun’ being done a lot anymore … it’s something different that people can come and see,” she said.

Auditions for the play began in February. Fredrickson thanked community volunteers for their work during the process.

Justin Mortensen, who plays Charlie Davenport in the play, said he is excited for the shows and is looking forward to relieving the stress he feels.

“I think it’s really going to pull together well,” the junior said. 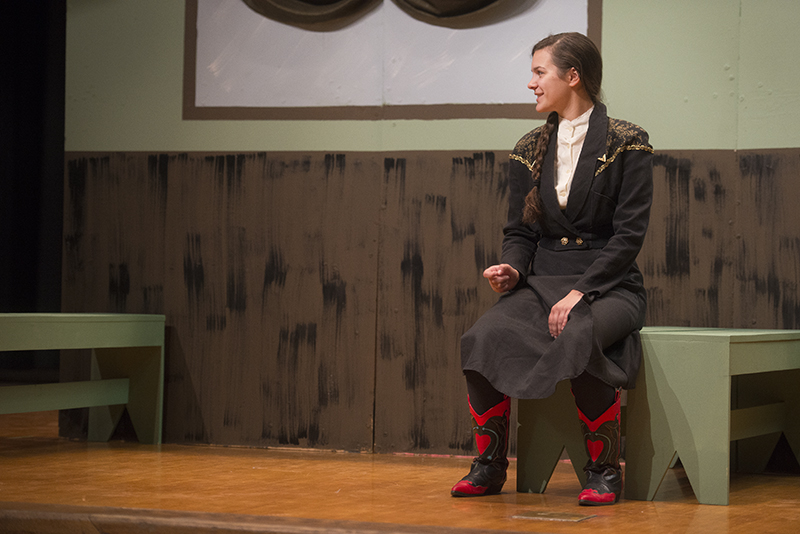 What: “Annie Get Your Gun” 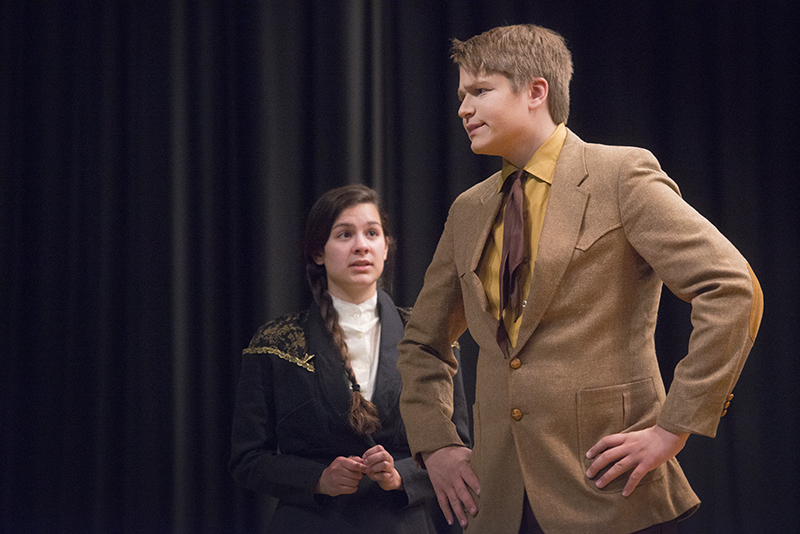 Justin Mortensen rehearse his role as Charlie Davenport while Maurya Johnson as Annie Oakley looks on during rehearsals for NRHEG’s upcoming production of “Annie Get Your Gun.” – Colleen Harrison/Albert Lea Tribune

‘Annie Get Your Gun’ cast and crew