Measles outbreak at 29 cases, has spread to Stearns County 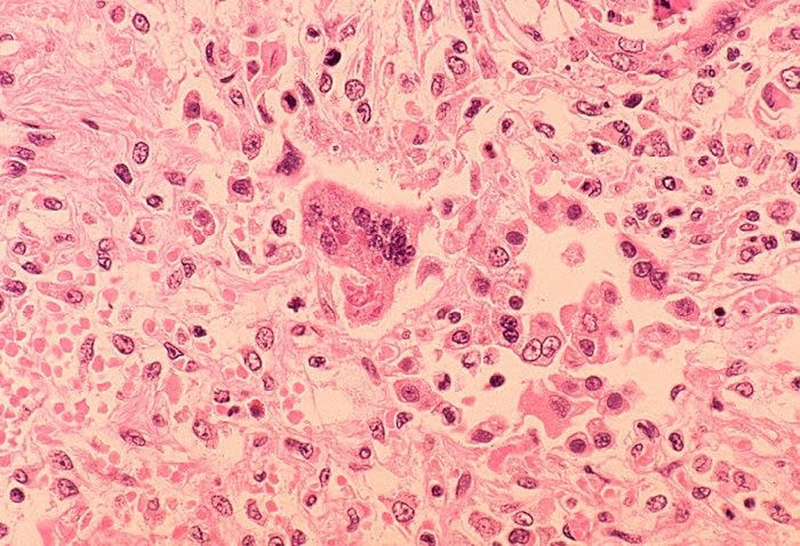 A histopathology of measles pneumonia is seen in a microscope image from the Centers for Disease Control and Prevention. - Getty Images via CDC/MPR News

All cases are in Somali-American children between 10 months and 5 years old, and most of them were confirmed to be unvaccinated against measles. Up until now, the confirmed cases were only in Hennepin County, some 80 miles southeast of Stearns.

“That’s not completely surprising to us because we know that there are large Somali communities both in Stearns County and in Olmsted County,” said Kris Ehresmann, infectious disease director for the Minnesota Department of Health. “We did anticipate that there might be transmission in those areas.”

At least 25 children stricken with measles were not vaccinated, according to the state health department. But one child had the first of two MMR shots, and the vaccination status of the other three is unknown.

“It is possible that when there’s a potential for lots of exposures that you might have a few cases — an occasional case — that has a history of vaccination,” Ehresmann said.

The vaccine is about 93 percent effective after one dose, according to the state health department. Two doses are recommended for children beginning as young as 6 months old.

Ehresmann said all children in Hennepin County and all Somali-American children in Minnesota should get the second course now if they haven’t already.