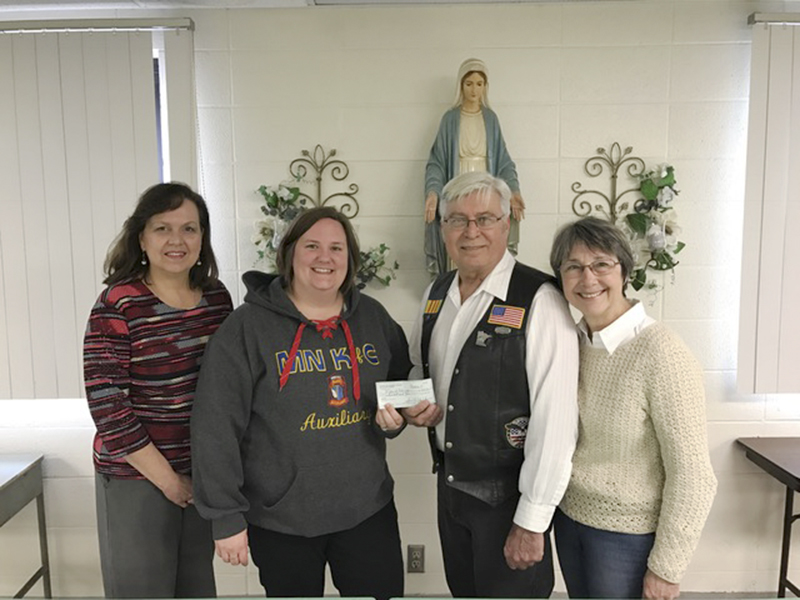 On March 22, Amanda Lares, president of the Albert Lea Knights of Columbus Auxiliary, presented a check for $200 as a donation to the 2017 Nation of Patriots Tour. The Nation of Patriots is a volunteer group and all of the funds raised are used to assist combat-wounded veterans. No administrative costs are deducted from the donations.
The 2017 Nation of Patriots Tour embarks May 27 from Madison, Wisconsin. A flag flown in combat will be escorted through 48 states on a motorcycle for 100 days and then returns home on Labor Day weekend. Albert Lea volunteers will receive the flag from Mason City Harley Owners Group Chapter at 5 p.m. May 31 at Bergdale’s Harley Davidson. At 2 p.m. June 1 the Albert Lea volunteers will escort the flag to the Crow River Harley Davidson group in Delano. Both events are open to the public. – Provided