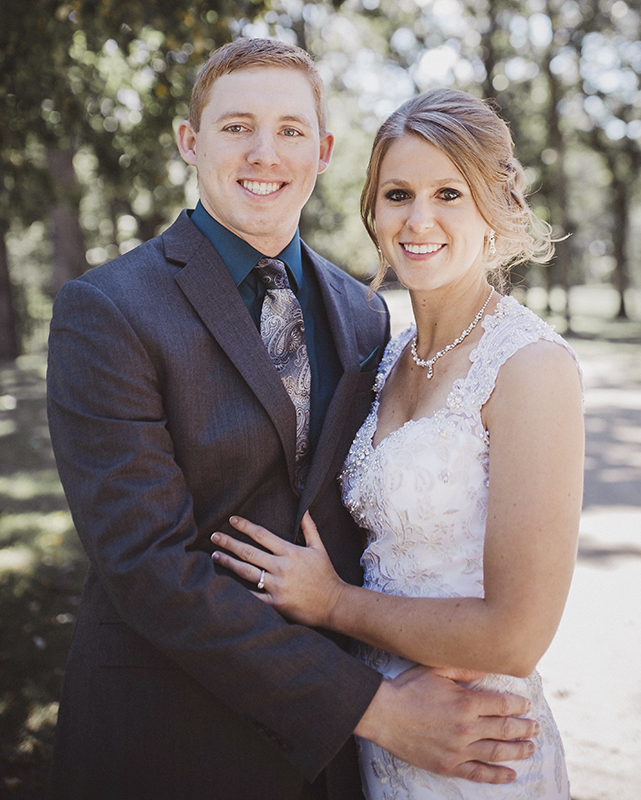 Paige Nelson and Brian Holmgren of Eagan were married Sept. 10, 2016, at Winnebago Lutheran Church in Lake Mills. The Rev. Bill Peters officiated. A reception and dance followed at Gateway Park in Emmons.

The maids of honor were Lauren and Madison Nelson, sisters of the bride. Bridesmaids were Alissa Holmgren, sister of the groom; and Katy Stiller, friend of the couple.

Usherettes were Olivia Stilley, cousin of the bride; and Ellie Aldrich, family member of the bride.

Kelly Rensick, family member of the groom, was the personal attendant.

The bride is the daughter of Melanie Nelson of Glenville and Todd Nelson of Emmons, and is the granddaughter of Butch and Sandy Steene, Lowell and Marcella Nelson and Dorothy Cafourek, all of Glenville. She is a 2008 graduate of Lake Mills High School and a 2015 graduate of the University of Minnesota, where she majored in medicine. She is employed as a family medicine physician in residency at St. Joseph’s Hospital in St. Paul.

The couple took a trip to Hawaii for their honeymoon.