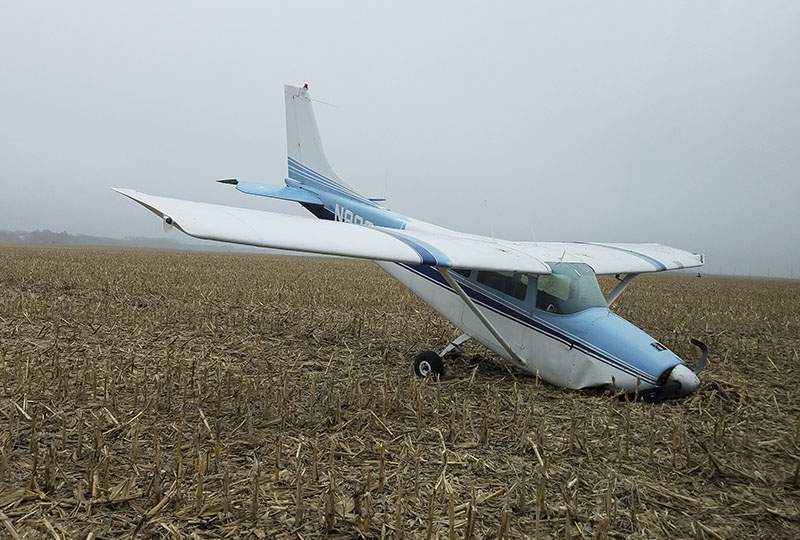 A plane with three occupants crashed into a field Sunday night near the Blue Earth airport. The crash is under investigation by the Federal Aviation Administration. Provided

BLUE EARTH — A plane crashed into a field four miles south of Blue Earth near the airport Sunday night.

The pilot, identified as Robin Hermanson, 67, of Garretson, South Dakota, and two passengers, Tim Lippert, 67, and his 13-year-old son, both of Easton, were treated and released at the scene by United Hospital Ambulance, according to the Faribault County Sheriff’s Office.

The scene is being secured by the Faribault County Sheriff’s Office until the Federal Aviation Administration completes the investigation into the crash.