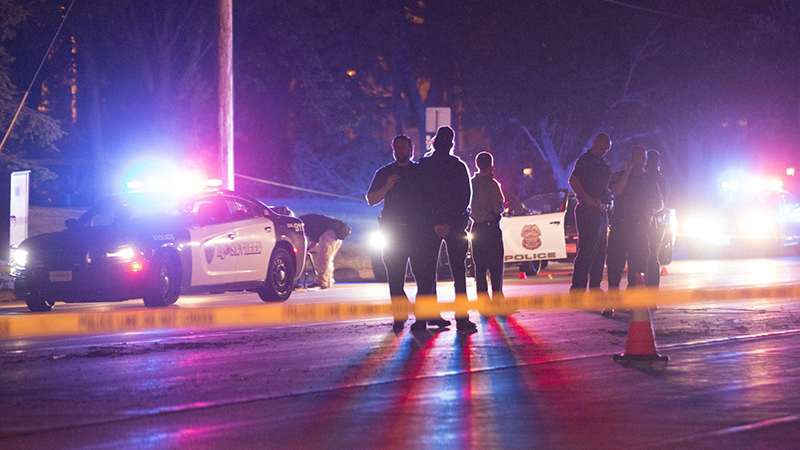 The city of Falcon Heights is taking the first steps toward ending its policing contract with St. Anthony Village. Many Falcon Heights residents have been demanding change since last July, when Officer Jeronimo Yanez shot and killed Philando Castile, a 32-year-old African-American man, during a traffic stop.

Since Castile’s death last summer, Twin Cities African-American leaders and many Falcon Heights residents pushed the City Council to terminate its contract with St. Anthony. At a special meeting Wednesday, a group called Falcon Heights We Can Do Better dropped off a petition with more than 400 signatures.

After months of speaking out, things finally started to go their way. The council voted to ask other police departments if they’d be interested in patrolling the suburb just north of St. Paul.

But the unanimous decision came amid some fiscal pressure. Last week the St. Anthony council passed a resolution that would require Falcon Heights to assume all liability for policing with its borders. St. Anthony Council Member Hal Gray said the arrangement has become too big a risk.

“We love our collaborations that we have with other cities, but we can’t be in a situation that is not fair to the taxpayers of St. Anthony,” Gray said.

Falcon Heights has had the contract for more than two decades. This year, the city is paying $672,590 for police services. St. Anthony’s 23 sworn officers also police the north metro suburb of Lauderdale.

He did not say if he would have reconsidered the contract had St. Anthony not proposed such a drastic change in terms.

Like the mayor, Falcon Heights Council Member Pamela Harris supports shopping around for police services. But she wishes they didn’t have to.

“I feel strongly that they’re just an excellent police department,” Harris said. “They had one really terrible incident that happened in 22 years, and it happened by chance here. And they voluntarily called in the Justice Department’s COPS program, which is analyzing their entire department and trying to make them into a model police department that can be used elsewhere.”

The move toward ending the police contract drew praise from many residents. But Tyrone Terrill with the African American Leadership Council unleashed criticism as well.

“Philando Castile was murdered in your city. And I have yet to see one council member show one bit of emotion, including the mayor, about that murder in your city. But you showed it tonight, because your little contract is being terminated,” Terrill said.

Lindstrom said in the coming days, the city will send a “request for information” to other police departments. Falcon Heights has until July 15 to end its agreement with St. Anthony. Even if it does, St. Anthony police will continue patrolling Falcon Heights through the end of the year.

Yanez is preparing for his trial on charges of manslaughter and dangerous discharge of a firearm.