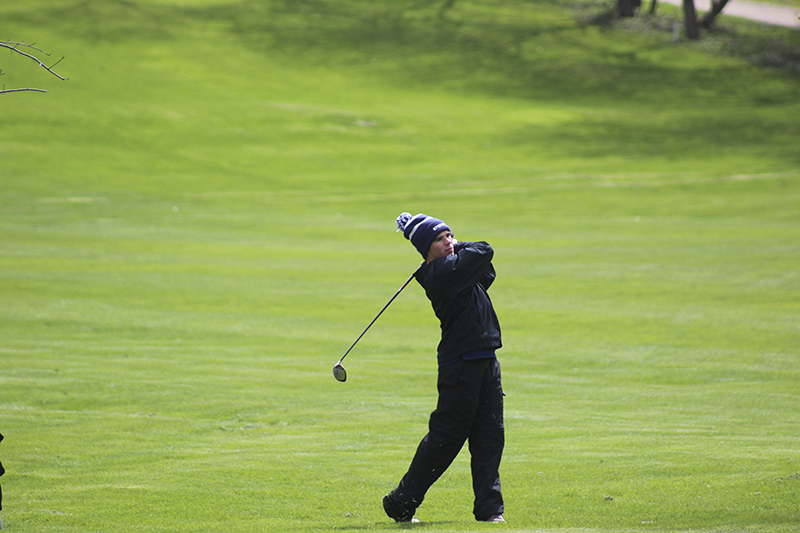 The Albert Lea boys’ golf team battled the elements that Minnesota provides in late April — clouds, cold winds, and a mix of rain and sleet — but came out on top in a triangular that included Mankato East and Rochester Century on Thursday afternoon at Green Lea Golf Course.

The Tigers finished with a team score of 330, five strokes ahead of Century and 12 strokes in front of East.

“First of all, give credit to all three teams today for playing well in conditions that shut down all other sports,” Tigers coach Max Jeffrey said. “We’ve played in all sorts of weather this spring. We can now add snow to that list.”

A lot of Tigers were on their game Thursday, as four Albert Lea players shot under 90 for the first time this season. 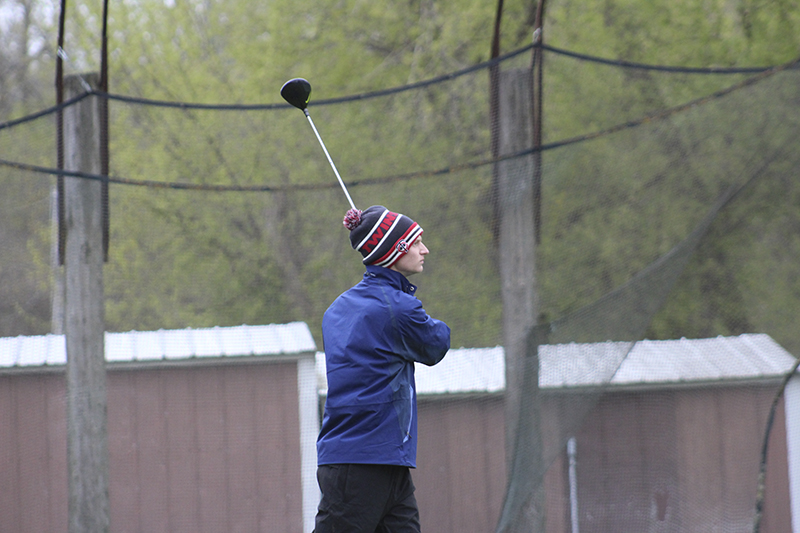 Albert Lea’s Jacob Prihoda follows the flight of his tee shot during his round on Thursday. – Jarrod Peterson/Albert Lea Tribune

After a couple of tough outings, Albert Lea senior Sam Chalmers found his stroke again and shot an 82 to tie with teammate Bergan Lundak for the lowest score for the Tigers. Lundak shot a 39 on the final nine holes after shooting a 43 on the front nine.

“Sam played with confidence today and it was great to see him get it going for us,” Jeffrey said. “Bergan battled a tough front nine, but persevered on the back nine.”

Freshmen Danny Chalmers and Hayden Johnston also had tremendous days, as both finished with an 83.

“Danny had a great front nine with back-to-back birdies on hole No. 7 and No. 8,” Jeffrey said. “Hayden has been close all year on posting some real nice score and today he did just that. I’m really happy for (him). He was very consistent.”

Spencer Chicos shot a 90 and Jacob Prihoda finished with a 106.

Albert Lea posted solid scores up and down the board, and that gives Jeffrey confidence and depth in his group of players.

“I think if you look at our team, we have opportunities for many players to contribute to helping us be successful,” he said. “We have players competing for spots on the varsity (team), which will help us moving forward.”

Pending the weather, Albert Lea is scheduled to play a round in Winona on Monday.