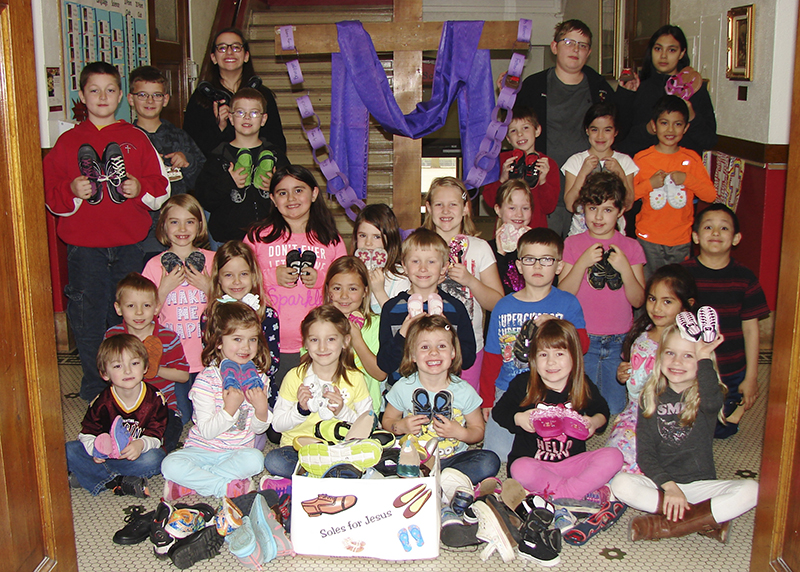 During the Lenten season, the students of St. Casimir’s School in Wells haf a shoe drive for Soles for Jesus, according to a press release.

St. Casimir’s School became involved in the project — which collects new or gently used footwear for people of all ages  — through Aimee Chalmers, the school’s band and Spanish instructor. Following the students’ last day of school prior to their Easter break, Chalmers will collect the shoes and, with the assistance of her friend Laurie Neff, the of shoes will soon be on their way to Africa.