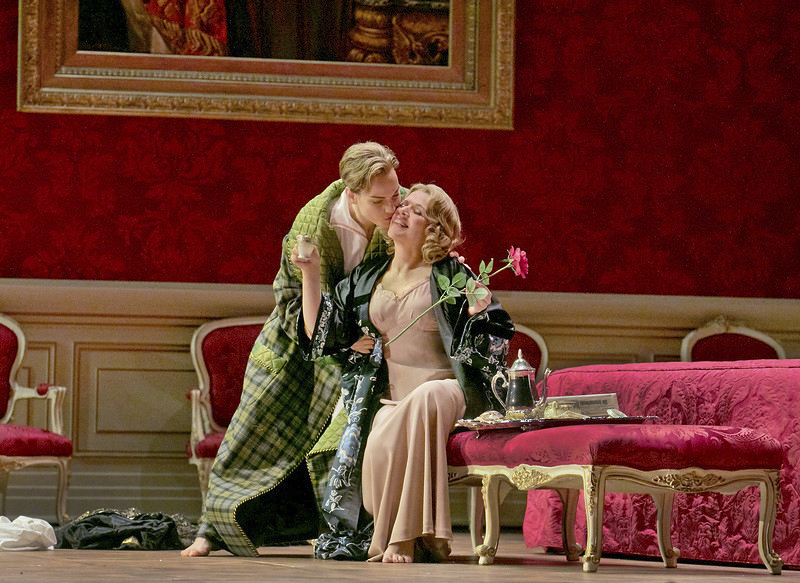 The annual lake cleanup will take place from 9 a.m. to noon Saturday at Frank Hall Park.

The cleanup has been a tradition since 1934 when concerned citizens first organized the event, said Albert Lea Lakes Foundation President Laura Cunningham.Albert Lea Lake and Fountain Lake will be the focus of the cleanup event.

The cleanup event is open to any and all volunteers in the community.

Gloves, drinking water, buckets and garbage bags will be provided to volunteers. Ten areas of the lakes that need attention have been identified. Volunteers should meet at the park to be assigned to an area of focus.

“Nana’s Naughty Knickers,” a comedy set in a New York apartment, is directed by Brian Mattson.

The main character, Bridget, played by Kristi White, and her grandmother, played by Rebekah Sousa, are about to become roommates. Bridget has an experience that she will never forget when she moves in with her grandmother in New York for the summer. Not only is her grandmother selling naughty handmade knickers to other senior citizens in the city, but she is running the illegal boutique from the shared apartment.

The show starts at 7:30 p.m. each day except for Sunday, when there will be a special matinee at 2 p.m.

Tickets are $15 for adults and $10 for students. Tickets may be purchased by calling 1-877-730-3144 (toll-free), online at actonbroadway.com or at the box office, which opens weekdays at 8:30 a.m. Tickets are also available at the Albert Lea Convention & Visitors Bureau.

The play continues next weekend.

The National Alliance on Mental Illness of Freeborn County will host “The Amazing Race” from 9  a.m. to noon Saturday at Brookside Boathouse on Fountain Lake Trail.

Teams of three, including a driver, will be challenged to move through the city of Albert Lea by foot, bike, kayak or vehicle by solving clues, competing in challenges and overcoming obstacles. The goal of the event is to help bring awareness to mental illness and promote mental health.

The first team to complete the scavenger hunt type race will win a grand prize, but additional prizes will be awarded along the route.

Registration is still open and starts at 8:30 a.m. on site the day of the race if the team limit for the event is not reached.The event will be held rain or shine, and refunds will not be given if the event is canceled due to inclement weather.

If individuals do not wish to participate, they are invited come out and cheer others on.

The team fee for the event is $75. The event is a collaborative partnership between many local organizations.

Additional information, rules and regulations can be found at http://www.albertlea.org/events/details/the-amazing-race-1490. For questions or more information, email AlbertleaAmazingRace@gmail.com.

Renée Fleming will sing her final performance of one of her signature roles, the Marschallin, in the Met’s transmission of Richard Strauss’s “Der Rosenkavalier.”

This opera will be transmitted live at 11:30 a.m. Saturday to the Marion Ross Performing Arts Center. The aristocratic Marschallin, played by Fleming; her cousin, Baron Ochs, played by Günther Groissböck; Baron Ochs fiancée, Sophie von Faninal, played by Erin Morely; and Octavian Der Rosenkavalier, played by Elina Garanca, are the four main characters of the opera. Der Rosenkavalier reveals a deeper side to his character, although the opera is comedic in nature.

Conscious of the difference in age between herself and Octavian, the Marschallin is inspired by the passing of time, growing old and variability in personalities.

“Der Rosenkavalier” was written by Richard Strauss in 1911 and is a new production for the Met. The opera will be sung in German with English subtitles.

The opera runs a little over four hours with two intermissions. Meet the Met opera talk will begin at 11 a.m. in the theater.

Tickets are $20 for adults, and students with an ID will receive a free ticket.

The Albert Lea High School orchestra will perform a variety of music from Mozart to jazz and everything in-between at 7 p.m. Friday at the high school auditorium. The concert is directed by Rebekah Crissinger.

The program, which will include combined orchestras with nearly 100 student members, will be a sendoff for the senior members. This piece is performed at the end of commencement every year.

Questions about the concert should be directed to the high school at 379-5340.