A celebration of reaching new horizons 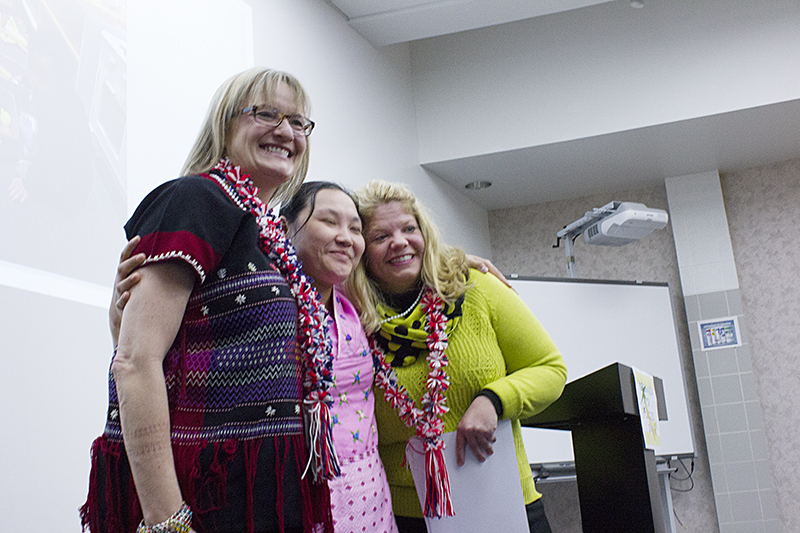 Albert Lea Adult Basic Education students were recognized Thursday for their efforts throughout the year during a ceremony at Brookside Education Center.

The Adult Learning Center acknowledged 15 students who earned their GEDs, along with other students who learned English and other crucial skills.

More than 24,000 hours were put in by 313 students at the Adult Learning Center this year, said Penny Jahnke, Adult Basic Education coordinator. There were 165 English-learning students at the school, and students ranged from 17 to 76 years old. Sixteen different languages were represented.

“It is truly remarkable,” Jahnke said. 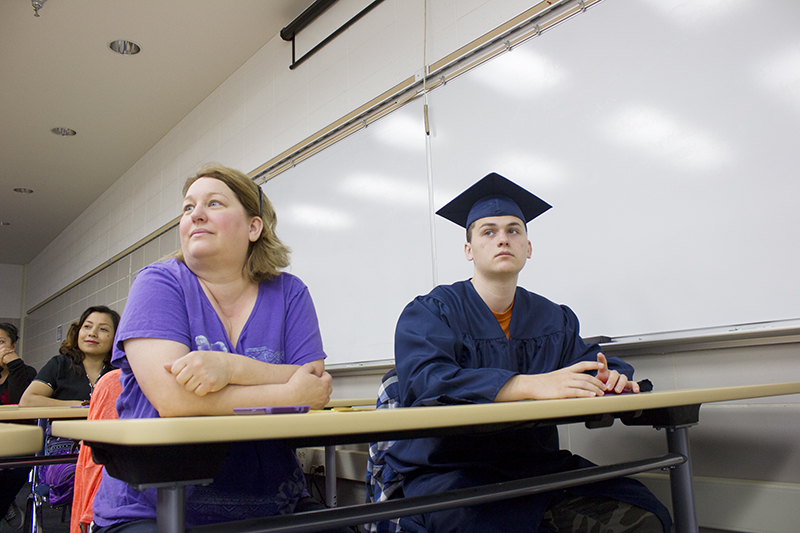 Stone Darbo and his mother, Susie Darbo, listen before he is awarded a GED Thursday at Brookside Education Center. – Sam Wilmes/Albert Lea Tribune

“It is because of you that
we continue to do our job,” she said. “May your future be filled with great opportunities to help you reach your goals.”

Graduate Stone Darbo plans to join the Marines. He started taking classes at Adult Basic Education March 3 so he could earn his GED and be eligible to serve the country. He described teachers as friendly and encouraging.

“They were very helpful — they got me through it,” he said.

“I’m extremely proud of him and for him,” she said. “He was struggling for a while, and he all of a sudden, when he made up his mind, he went for it and did it successfully in a short amount of time. I’m really proud of him.”

Nyadak Chuol, an immigrant from South Sudan, received a certificate for learning English and other subjects. She said her education at Adult Basic Education should help her transition to the United States.

“I feel very excited and happy, and I know I will have a better future if I speak English and connect with the people,” she said. “That would be a good thing for me.”