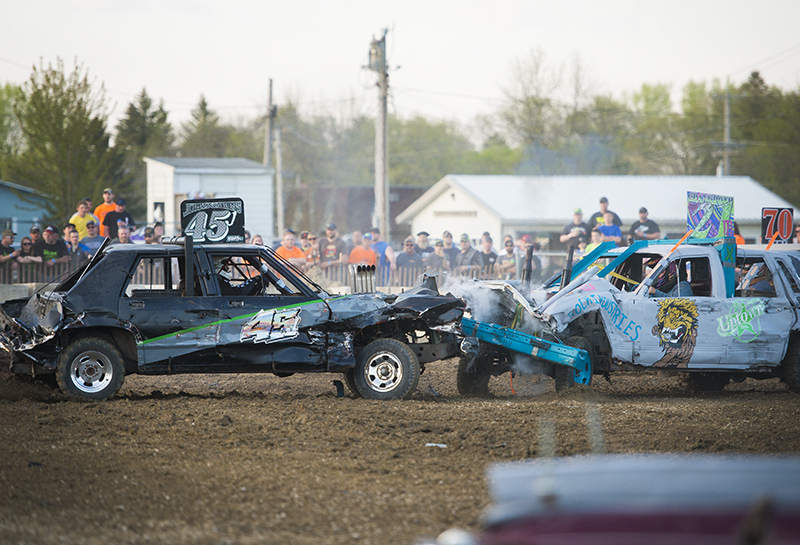 Destruction has returned to Albert Lea.

The Crossroads of Destruction demolition derby started Friday and will continue Saturday at the Freeborn County Fairgrounds.

The event, in its fifth year, is expanding into a two-day event for the first time. Organizer Paul Nielsen said it was necessary to span the derby over two days, as the one seemed to become a marathon in past years.

Nielsen started the derby with his friend Matt Bertman after the two went on a hunting trip that Bertman spent telling him all about another demolition derby he attended.

The first Crossroads of Destruction derby four years ago came two days after the area was buried under 18 inches of snow, according to Nielsen. He said that first derby was a bit disheartening, but every year since then has had perfect weather. 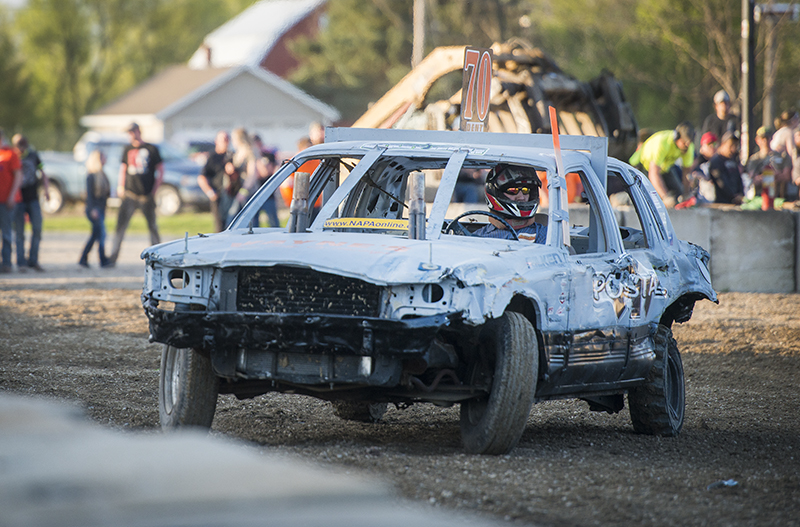 “It’s been a blessing since that first year,” he said.

Nielsen said he is always looking for ways to improve upon and expand the derby, and that it’s gratifying to see something he had a hand in grow within the community.

Attendance has grown each year, and the number of entrants has been steady, according to Nielsen. He estimated that there were about 115 entries in this weekend’s derby. The number of classes has stayed pretty much the same, he said, but the class types themselves have shifted from year to year. A rookie class was added for 14- to 18-year-olds as an effort to expand its audience.

Nielsen, who also helps with the Freeborn County Fair demolition derby, said the derby attracts not just a local audience, but people from all over. It attracts outside entrants, as well. According to Nielsen, cars have entered from not just Minnesota, but Iowa, Nebraska, North and South Dakota and  Canada, among others.

“People come from all over,” he said. “There’s a lot of diehard derby fans out there.” 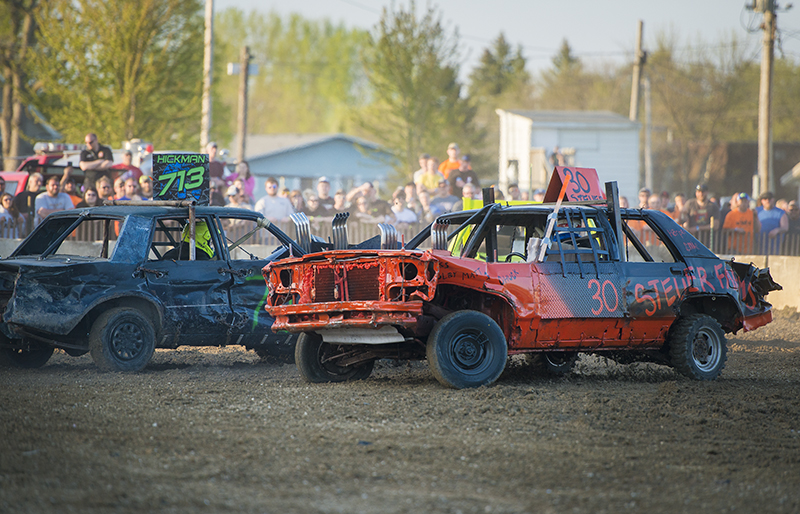 The Crossroads of Destruction demolition derby is taking place for the fifth year in a row this weekend. – Colleen Harrison/Albert Lea Tribune