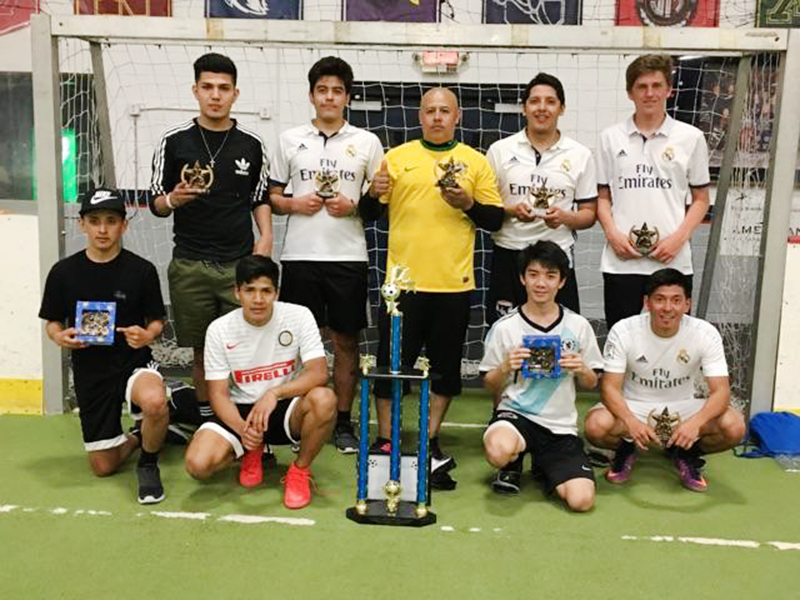 On Sunday, the Adult Soccer League that plays indoors at the YMCA had its championship game at Albert Lea City Arena, according to a press release.

It is a very multi-cultural league, which began more than 10 years ago with mostly teams comprised of adult players from Albert Lea, Austin and Owatonna who are of Mexican heritage. In recent years, however, several Albert Lea high school players have joined teams, as well as immigrants from Asian and South American countries.

League games are Sunday nights at the YMCA, from November through April.  Most years there are 10-12 teams rostered. The final game is usually played early in May at City Arena.  Wednesday nights at the YMCA is an open gym time reserved for soccer, in which many of the teams come scrimmage for practice, along with other players who are unattached to teams.  People who are not Y members can play on Wednesdays for a nominal fee. 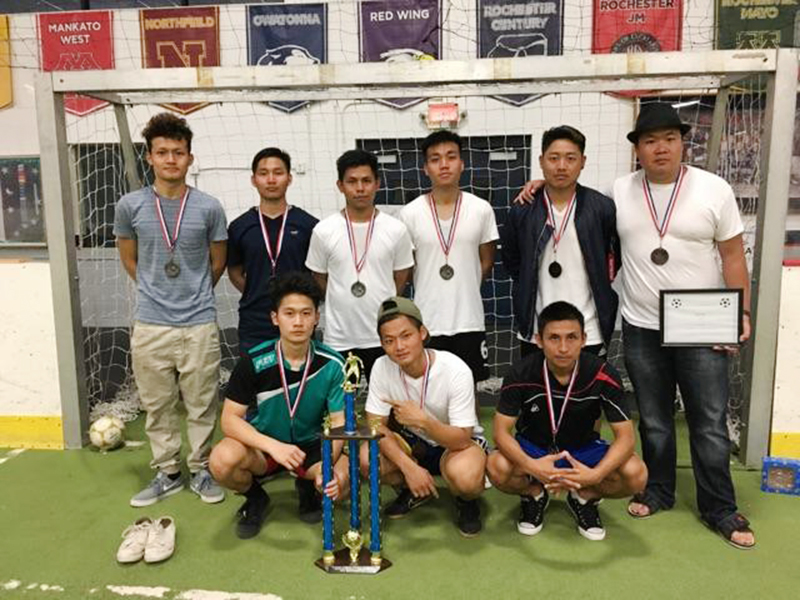 Albert Lea Karen Youth was the second-place team in the Adult Soccer League that plays indoors at the YMCA. – Provided