Albert Lea falls to Century and John Marshall on Saturday

The Albert Lea softball team traveled to Rochester to take on Rochester John Marshall and Rochester Century on Saturday afternoon.

The Tigers have struggled to put runs on the board over the last few weeks.

The last time Albert Lea scored more than three runs in a game was against Owatonna on April 13 when it scored nine runs.

The offense continued to struggle on Saturday. 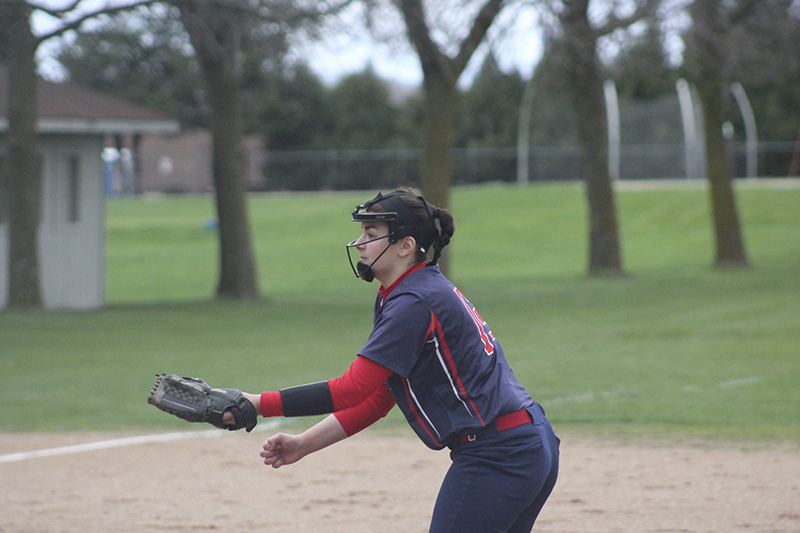 Albert Lea pitcher Megan Johnson delivers a pitch in a game earlier this year. Johnson has been one of Albert Lea’s most reliable pitchers. Jarrod Peterson/Albert Lea Tribune

The Tigers dropped both games, losing to 10-0 in five innings to Century and 8-2 to John Marshall.

“We started off rough in the morning, but ended on a good note,” Tigers coach Casey Kortz said. “Our biggest issue right now is generating offense. We can do it at practice, but transferring our bats to a game is where we are struggling right now.”

In the first game against Century, Albert Lea managed just one hit, courtesy of Samantha Skarstad.

In the second game, the Tigers pushed across two runs.

In the sixth inning, Alana Skarstad singled, then Dayna Edwards laid down a sacrifice bunt to get her to second.

Madeline Fjermestad hit the next pitch to right field. The play would eventually lead to Fjermestad scoring on the play because of an errant throw from right field to third base. Alana Skarstad scored and Fjermestad followed behind her.

The Tigers will look to end the losing streak when they host Stewartville on Tuesday.