An Albert Lea man charged in the death of a man last October outside Owatonna pleaded guilty Thursday in Steele County District Court.

Peter Anthony Escobar, 24, pleaded guilty to criminal vehicular homicide. He is charged in the death of Herman Hernandez, 64, of Albert Lea.

Sentencing is scheduled for Aug. 21. 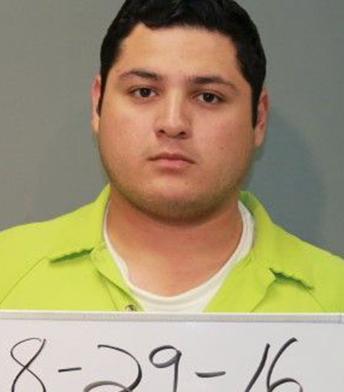 Hernandez was found after police, responding to a report of an intoxicated person, spotted a car ablaze Oct. 23 in a field near the 2600 block of 52nd Avenue. After firefighters extinguished the blaze, Hernandez’s badly burned body was found in the front passenger seat. An autopsy found Hernandez apparently died of smoke inhalation and heat injuries.

Officers later found Escobar, who said he had been drinking in Albert Lea and had driven to Owatonna alone but now did not know where his car was.

Escobar later said he blacked out and didn’t remember what happened to his car or Hernandez. Investigators from the Steele County Sheriff’s Office and State Fire Marshal’s Office examined the scene and concluded that Escobar was likely driving west on 26th Street NW and missed the turn onto 43rd