‘Albert Lea was built on entrepreneurs’ 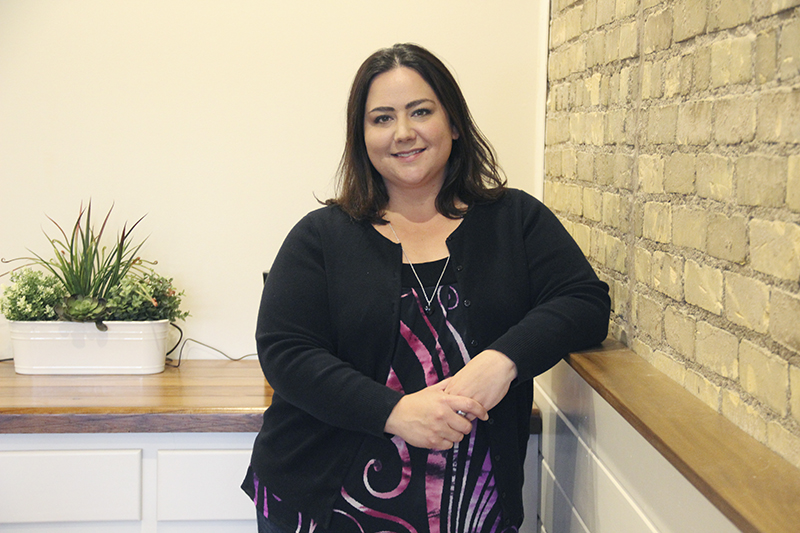 Mariah Lynne of rural Hartland started Good Steward Consulting. She and her husband purchased the building at 137 N. Broadway in Albert Lea and have renovated more than half of the main level, with plans to renovate more in the future. - Sarah Stultz/Albert Lea Tribune

Woman’s intent to focus on family leads to new business

One woman’s decision to refocus on her family has led to the launch of a new business in Albert Lea.

Mariah Lynne, featured as one of the state’s most creative and ambitious female leaders by Minnesota Business Magazine in January 2016, recently started Good Steward Consulting.

The company helps small companies develop their business and achieve their goals.

Lynne, who grew up in the area, graduated from Minnesota State University-Mankato, and took her first position in Plymouth at a company that moved employees for UnitedHealth Group and John Deere. Within a year and a half, she moved into a policy consulting role. 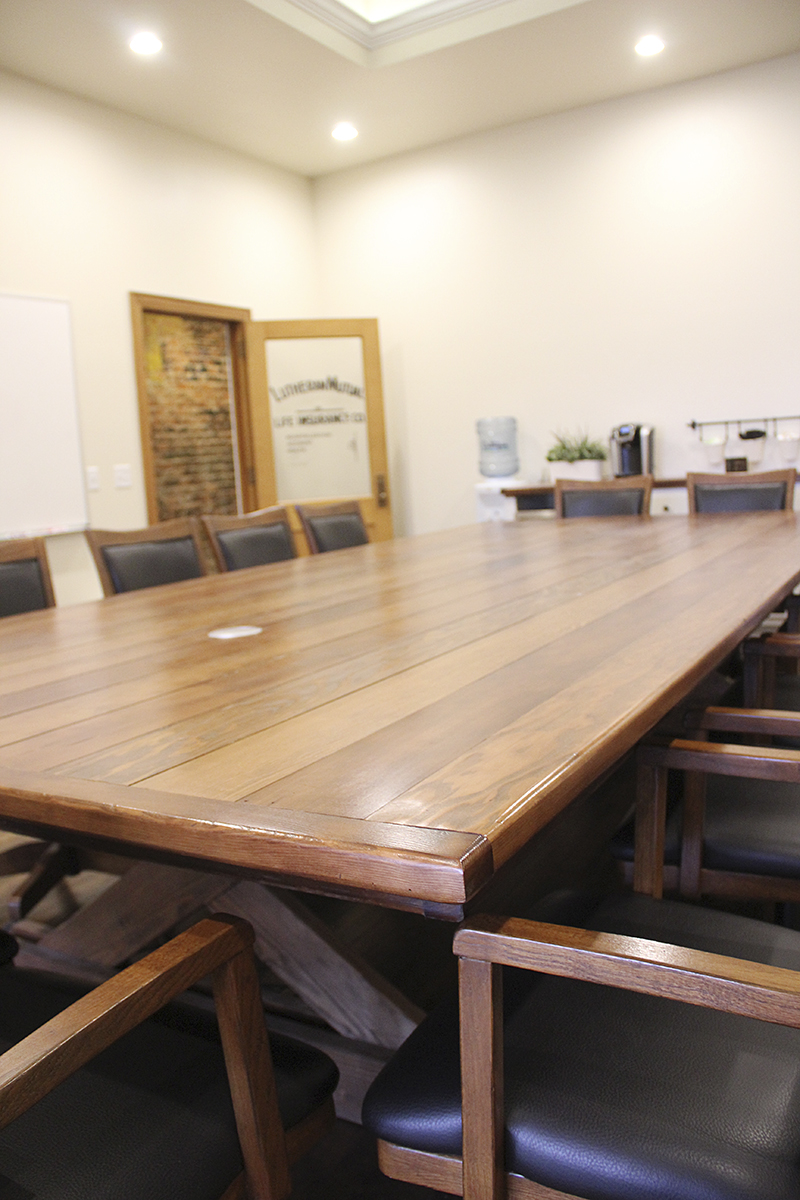 She said she bought a house in St. Michael and got settled in when she decided to move a different direction in her life after watching her boss’s mother die of cancer. She said her boss told her she had tried so hard to be independent and had actually spent more time watching her mother die than she did live.

“A week later, I put in my resignation, and I decided to move back home,” Lynne said.

She worked from home for a year before starting as an account executive at what was then Alliance Benefit Group. She eventually worked her way up to vice president of client relations.

In 2013, she co-founded The Marketing Plant.

“That was a great success,” Lynne said. “I loved getting that up and going.”

In 2016, she said that after working two executive level jobs, she had reached where her career had become first in her life.

“I decided it was time to recommit to being a more present wife and mother,” she said. She sold her half of The Marketing Plant and ultimately started Good Steward Consulting, where she works less that 40 hours a week and is able to focus more on her family.

“It is very fulfilling,” she said. “I don’t think I have ever felt this successful.” 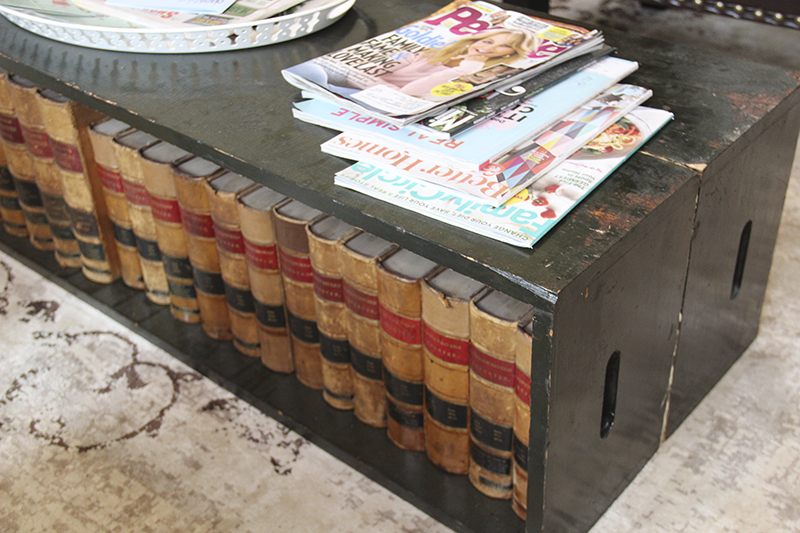 Books from the 1800s and shelves found in the basement were turned into a coffee table in the front of the building. – Sarah Stultz/Albert Lea Tribune

“Albert Lea was built on entrepreneurs.”

She also offers meeting facilitation in both corporate and organizational settings. She said she can teach people how to run effective meetings that produce solutions.

Lynne said she still has a passion for marketing consulting and still does that when requested by companies.

She and her husband, Chris, live west of Hartland with their two children. In December the couple purchased the building at 137 N. Broadway from lawyer Allan Halvorsen to house Lynne’s business. She said the first 60 percent of renovations were completed by March 1, and there is about half of the remainder still to be done.

It has six complete offices and a large conference room that can seat 16.

She plans to name the building the H.J. Harms Building, after a former Albert Lea mayor who erected the building in 1912. Lynne said Harms played an important role in developing North Broadway.

There are also plans to renovate the front facade of the building, to replace the roof and to eventually renovate the upstairs residential units. 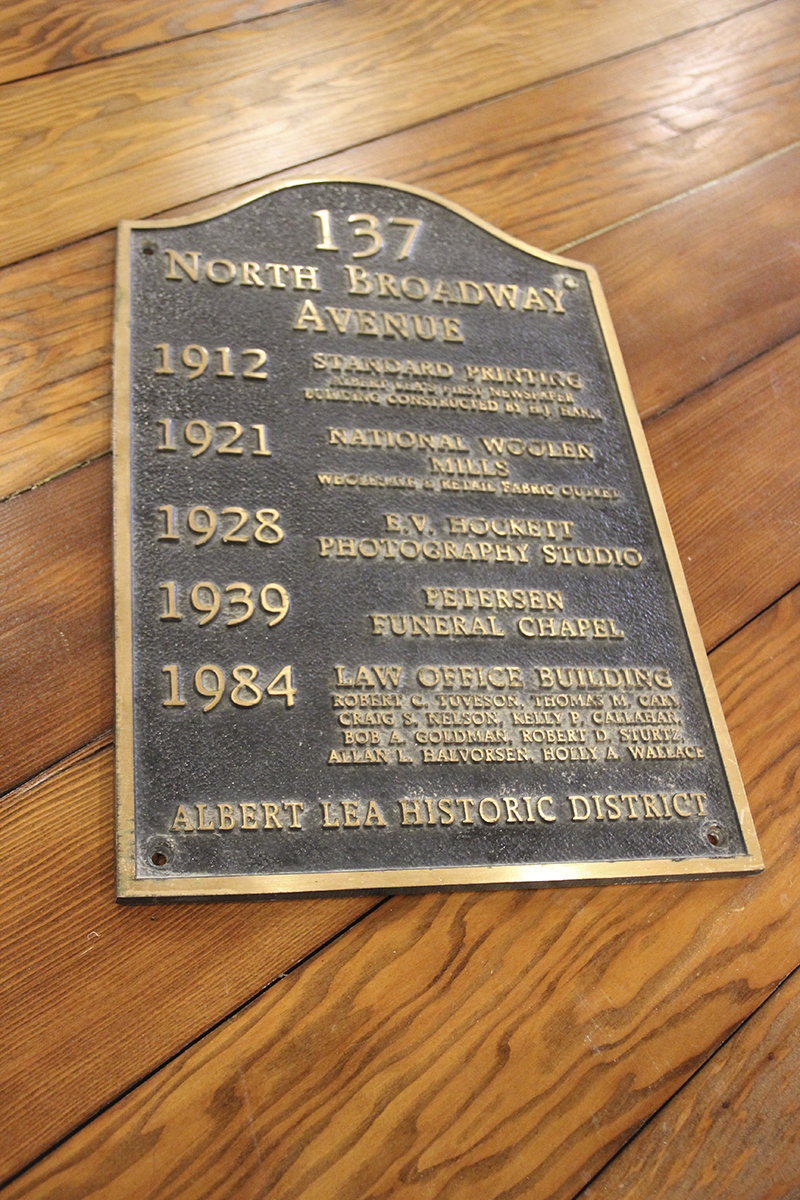 The building at 137 N. Broadway, which Lynne hopes to name the H.J. Harms Building — after former Albert Lea Mayor H.J. Harms, has been home to a photography studio, funeral home and law offices, among others. – Sarah Stultz/Albert Lea Tribune