Blue skies and sunshine: a great day for golf 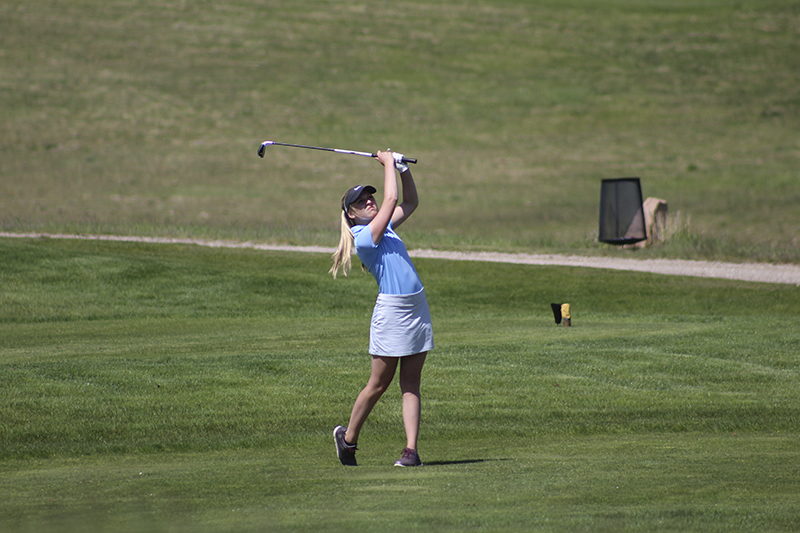 Albert Lea’s Maddy Carstens watches her tee shot on the third hole during Friday’s round. Her shot landed within five feet of the pin and she birdied the hole. She shot an 85 for the Tigers. - Jarrod Peterson/Albert Lea Tribune

Under gorgeous weather and blue skies, the Albert Lea girls’ golf team finished off its third meet of the week with a triangular against Winona and Faribault at Wedgewood Cove Golf Club.

After taking fourth out of seven teams Thursday in Owatonna, the Tigers finished just nine strokes behind first-place Winona for second place with a score of 370 on Friday.

After each Albert Lea player failed to shoot under 100 in Thursday’s meet, scores were much more reasonable on Friday, and that’s something that pleased head coach Shawn Riebe. 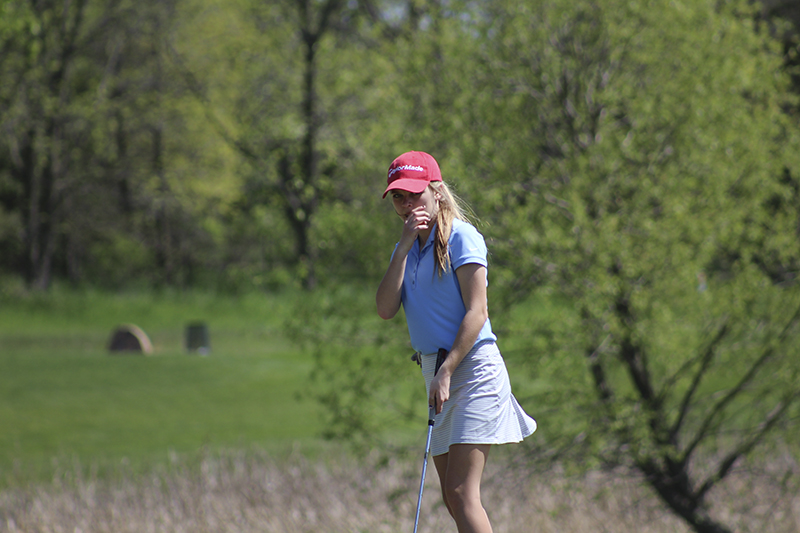 Tigers golfer Emma Loch watches her putt on the third hole at Wedgewood Cove on Friday. She ended up shooting a 97 for Albert Lea. – Jarrod Peterson/Albert Lea Tribune

“This was a good round for us on our home course,” he said. “(But) we still haven’t reached our potential by getting all of our players to shoot their potential on the same day. When we do that, we will be in the hunt for the postseason.”

Leading the way for the Tigers were Maddy Carstens and Natalie Nafzger, who both shot an 85.

Charley Fleek finished with a 95 and Emma Loch posted a 97.

As the season winds to a close, the Tigers are looking to find that rhythm for the postseason.

“We have a couple more meets to try to get consistent and get ready to show our talent,” Riebe said.

It will be in Austin for a quad on Monday. 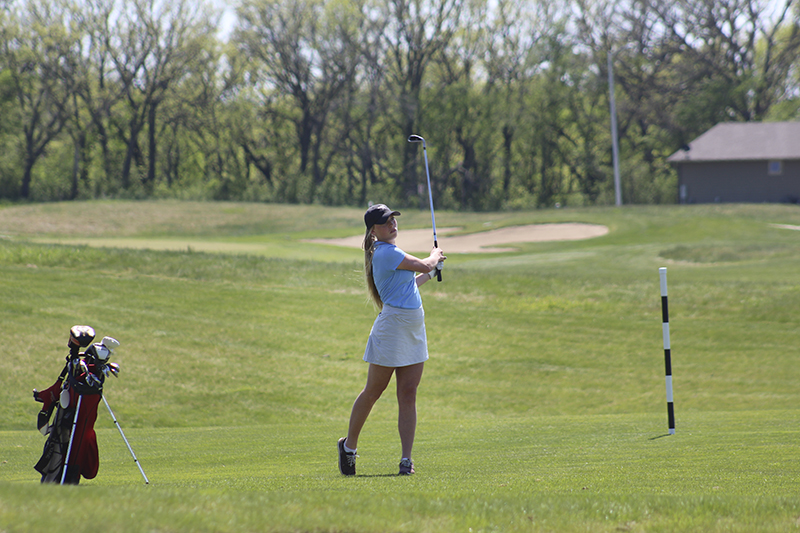 Albert Lea’s Natalie Nafzger watches her approach shot on the first hole during her round at Wedgewood Cove on Friday. She shot an 85 for the Tigers. – Jarrod Peterson/Albert Lea Tribune