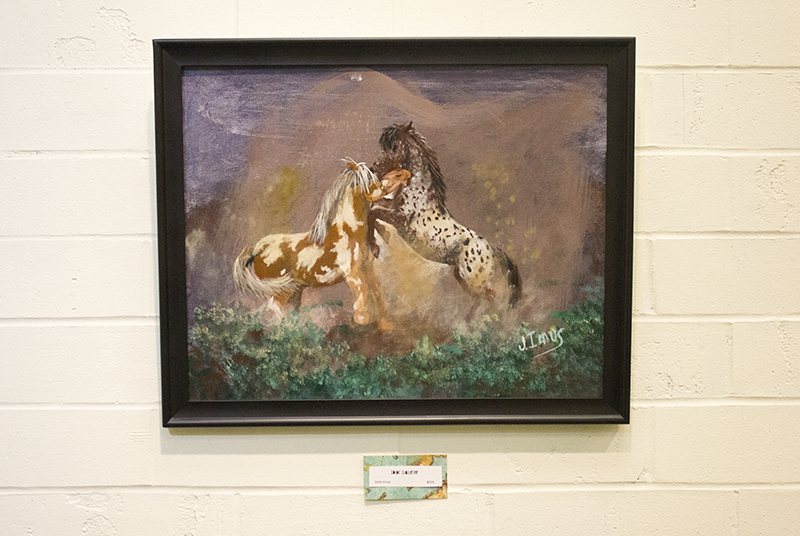 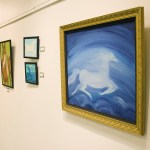 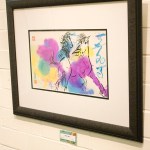 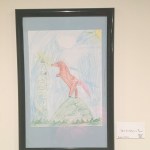 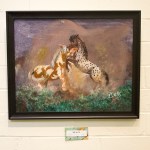 “Horses” will host a variety of mediums by a variety of regional artists. The gallery will feature mixed media, sculpture, photography and prints. Each submission will be based on horses in honor of Sophie’s passion for the large four-legged animals.

Notable artists who have contributed to the gallery will be Dee Teller, Susan Crane, Julie Fakler and Julie Imus.

There will also be horse drawings by Sophie featured in the gallery.

Most of the contributors to the gallery knew Sophie on a personal level, and many were impacted by her personality.

During her short life, Sophie formed a special bond with Teller, an international sumi-e brush painter who has spent time at the Freeborn County Arts Initiative in Albert Lea.

“Sophie had a lot of energy,” said Elisha Andrew Marin, president of the Freeborn County Arts Initiative. “She was very spunky and intent on doing things her own way.”

Sophie was a student in Kids College, an after-school art program at the FCAI, who had a growing passion for art and loved drawing horses.

Teller’s work focuses on horses, calligraphy and brush strokes that represent motion, and is heavily influenced by Asian culture.

According to her website, Teller was one of the top five artists in southern Minnesota in 2003.

Along with the gallery that she presented last summer at the FCAI, Teller shared a demonstration with Kids College where she taught Sophie and her peers about her passion, sumi-e brush painting. Eight-year-old Sophie died July 2, 2016, after colliding with a vehicle while riding her bicycle, the day after Teller’s sumi-e demonstration at Kids College.

At the group exhibition artists’ reception for “Horses” there will be a short film shown that was taken of Sophie and the other students at the sumi-e demonstration on Sophie’s last day at Kids College.

The memorial gallery opened May 16 and will stay through June 30 at 224 S. Broadway in downtown Albert Lea. The gallery will be open for the community from 1 to 4 p.m. Tuesdays, Fridays and Saturdays; and 1 to 7 p.m. Thursdays this summer.

There will be an artists’ reception from 1 to 4 p.m. June 11 at the FCAI building that is open to the public.

For more information on Sophie’s gallery or other events at the Freeborn County Arts Initiative, visit their Facebook page or freeborncountyartsinitiative.com.