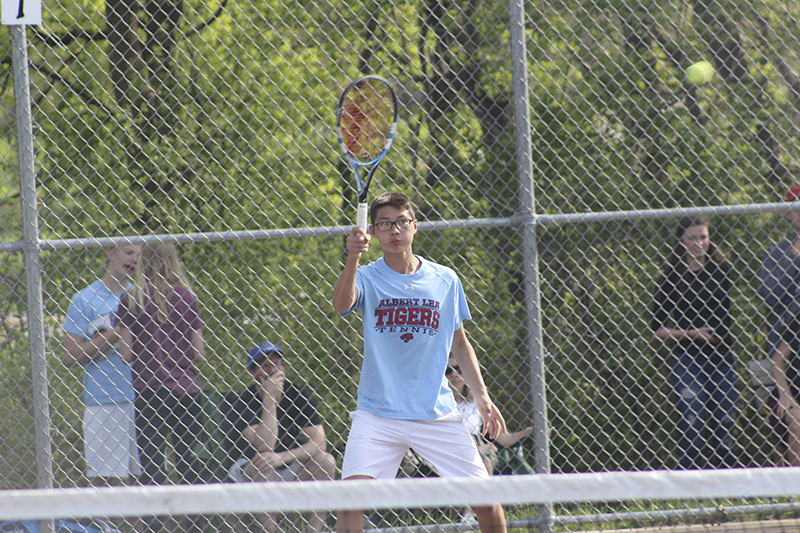 The Tigers’ Austin Dulitz returns a shot made by the Huskies’ Eden Mrozek during their matchup on Monday. Albert Lea failed to win a match in a 7-0 loss to Owatonna. Jarrod Peterson/Albert Lea Tribune

On a warm but windy day, the Albert Lea boys’ tennis team hosted the Owatonna Huskies on Monday in a makeup match that was rescheduled from April 27.

The Tigers have been in a downward spiral with their last win coming against Blue Earth Area on April 18.

Owatonna added to those struggles Monday. 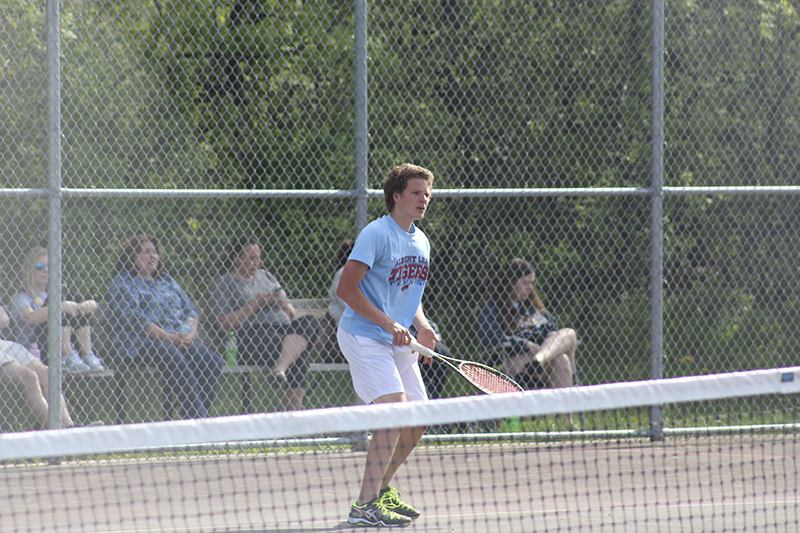 Albert Lea’s Grant Herfindahl waits for his serve to be returned during his match with Owatonna’s Derek Thada on Monday.

Albert Lea was unable to salvage one match from Owatonna, losing by a score of 7-0.

Despite the loss, Tigers coach Chris Withers was happy with how his players competed.

“I thought we played really well today,” he said. “Our guys were hustling all over the court, and nobody quit tonight when the match scores where not in their favor.

The win gave Owatonna its fourth win in a row, and the Huskies are 11-3 on the season.

“Give a lot of credit to Owatonna, as well,” Withers said. “They have a very nice team and are going to do well in our Big Nine tournament this Saturday.”

Albert Lea will have to forget about Monday’s loss and move on quickly because it will play in Fairmont this afternoon.