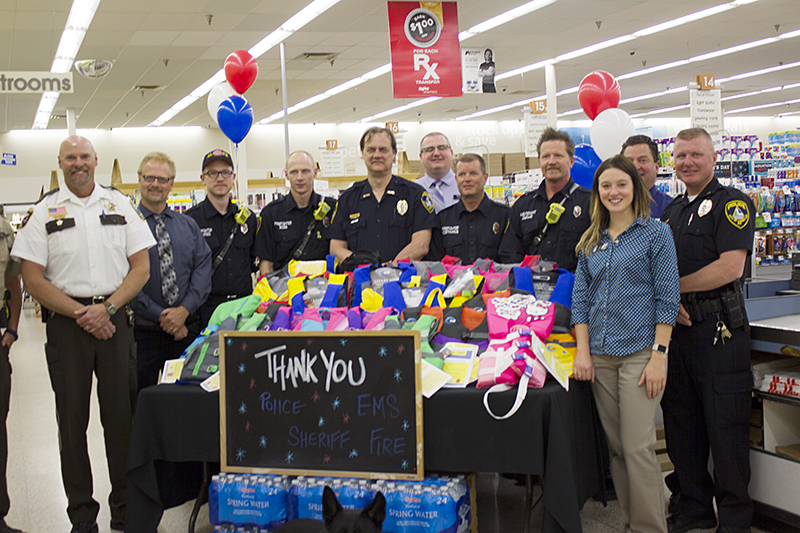 Each Albert Lea officer is expected to have an emergency response bag that will assist them in an active shooter situation.

A fire-training kit made possible by the fundraiser will serve Albert Lea and other local fire departments. Hy-Vee donated 1,674 bottles of water to the Albert Lea Fire Department after the store donated one bottle of water for each case of purchased Hy-Vee water.

EMTs purchased life jackets that will be at local boat, canoe and kayak areas for free public use. The Sheriff’s Office will update its obstacle course and training facility for its K-9 unit.

The fundraiser took place after Hy-Vee officials met with a committee of employees who decided they wanted to give back to first responders.

“We wanted a chance to say thank you to them and give back to them, because they are always on call and they are there for us,” said Caitlin Larson, Hy-Vee registered dietitian.

The community was thanked for its help in raising money.

“They (first responders) are there when we need them, and we like to able to show them we can be there when they need us,” said Store Director Peter Streit.