Karl R. Hermanson, 46, of Oregon, Wisconsin, was called to his heavenly home on Monday, May 8, 2017, following complications from a stroke.

He was born Oct. 11, 1970, in Stevens Point, Wisconsin, to Ross and Elizabeth (Otto) Hermanson, and became a child of God through baptism on Nov. 1, 1970. In 1974 his family settled in Wells, where Karl attended school and graduated from Wells-Easton High School in 1989. He received an Associate of Arts degree from Bethany Lutheran College in 1991, and continued with a bachelor’s degree from Mankato State University in 1993. Karl then enrolled in Bethany Lutheran Theological Seminary and was ordained as a minister of the Evangelical Lutheran Synod at Lime Creek Lutheran Church in rural Lake Mills in 2001. He served the Northwood-Lake Mills parish until 2009, when he was called to shepherd the congregation at Faith Evangelical Lutheran Church in Oregon, Wisconsin. During his ministry in Oregon, Karl volunteered as a spiritual counselor for U.S. military veterans at DryHootch in Madison, Wisconsin. 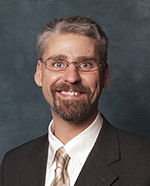 Karl was preceded in death by his grandparents, the Rev. Milton H. A. and Marjorie Otto, and Lawrence and Dorothy Hermanson; and uncle, Gene Hermanson.