LAKE MILLS — A Lake Mills man has been charged with having a marijuana growing operation. 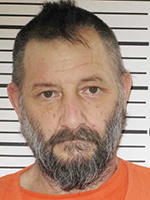 He also was charged with marijuana possession, methamphetamine possession and three counts of unlawful possession of a prescription drug, all misdemeanors.

The charges arose after the Lake Mills Police Department executed a search warrant at Highlander’s residence on April 28.

Bond was set at $5,000. Highlander posted a surety bond on May 3 and was released from custody.