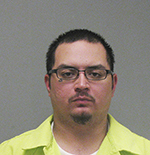 Court documents state items were seized, and a search of Mendez reportedly found $3,550 wrapped in plastic and stuffed in his sock.

Prior to Mendez entering Freeborn County jail, an opened cigarette pack with a small packing paper was allegedly found in his possession.

An omnibus hearing for Mendez is scheduled for May 30.