Memorial services for Milton Gollihugh Jr., also known as Lee of Lee’s Polishing, will be at 11 a.m. Saturday at Bayview/Freeborn Funeral Home. Gary Froiland will officiate. Visitation will be one hour prior to the service at the funeral home. Online condolences are welcome at www.bayviewfuneral.com. 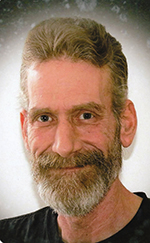 Milton Lee Gollihugh Jr. was born June 21, 1968, in Anchorage, Alaska, the son of Milton and Iris (Butchee) Gollihugh Sr. He grew up in New Mexico and, being a military brat, Lee lived in various parts of the world. He attended grade school in Turkey and moved back to New Mexico at the age of 10.

Milton was preceded in death by his father, Milton Sr.; and sister, Karrie Parks.