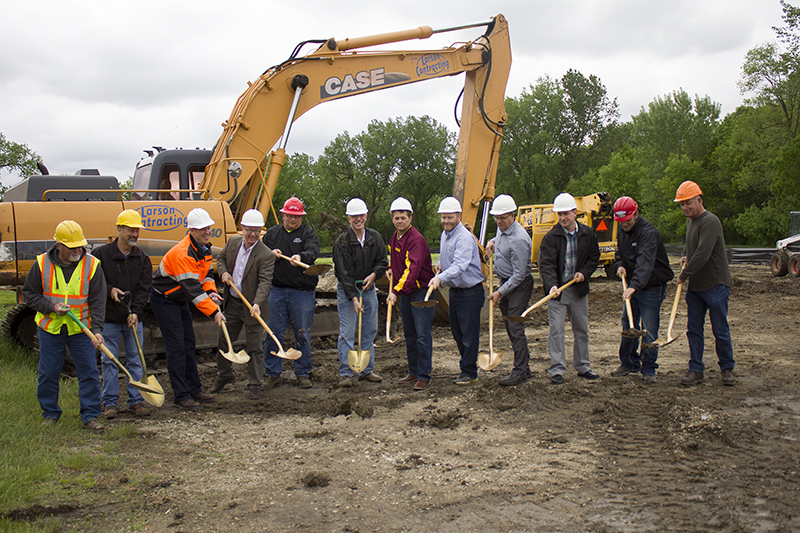 Officials break ground Thursday on an addition to City Garage, which will be off of Madison Avenue. - Sam Wilmes/Albert Lea Tribune

The first phase of the project includes the construction of a 6,375 square foot, one-story addition and will replace the administrative portion of City Garage. Street, utility and parks departments will be combined at the location. The project is expected to be finished in February.

“I’m excited about it — it will be beneficial to the employees here at the public utilities building,” said Albert Lea City Engineer Steven Jahnke.

The project was identified and prioritized as part of the city’s master plan. BKV Group is the consulting engineering firm. The Albert Lea City Council last month accepted a $1.41 million bid from Larson Contracting Inc. for the addition.

Phase two of the project would add fleet space for city vehicles. The flow for all of the vehicles is planned to be improved and a salt storage shed would be added. A timetable for phase two has not been established.

“When they meet in the mornings, they meet in office settings and they’re really cramped (as) far as space goes,” he said. “This is the first phase — eventually they’ll need more space for trucks and stuff. I just think it’s a well-needed, updated project. This building is decades old — I think it’s a great project.”