Albert Lea High School graduating seniors were told to use the lessons they learned from their time in the district to better the lives of others and live fulfilling lives Friday by fellow students and school officials.

In a speech given to soon-to-be graduates and a packed gymnasium, Ken Petersen, chairman of the Albert Lea school board, thanked seniors, their parents and school staff, and he discussed the essential parts of life.

Family members, friends and other people who help in life’s journey make life rewarding, exciting and worth living and are more important than material items, he said.

“Who we have, not what we have, makes the difference,” he said.

“Those are the ones who make the difference in your life.” 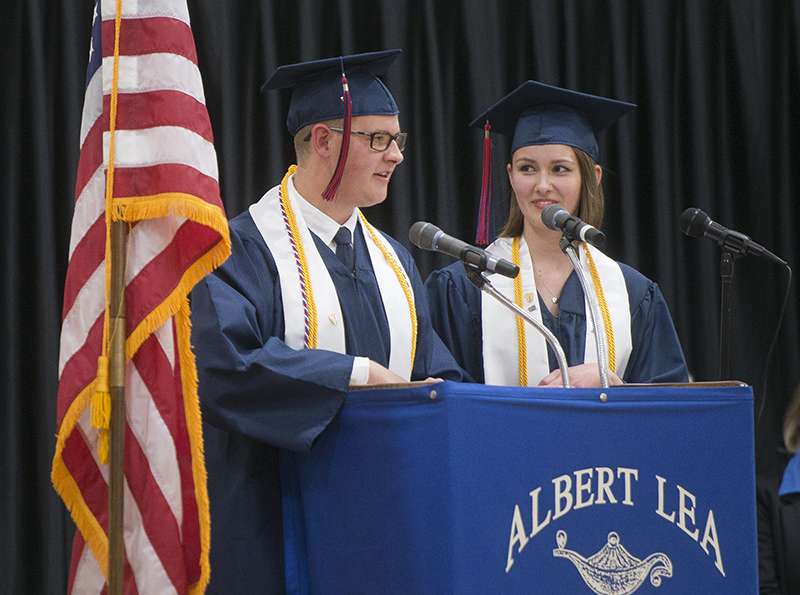 Petersen stressed that the person each graduate is is not necessarily the person they will be in the future.

“Present circumstances do not determine where you go, but where you start,” he said.

“Always remember, you control who you become.”

In remarks during the ceremony, seniors Justine Nelson and Ryan Nelson discussed their journey since kindergarten, and the help school staff provided to students along the way.

“The teachers and staff (have) taught us and prepared us to go out in the world,” Ryan Nelson said.

“We have been with each other through good times and bad.”

Justine Nelson discussed qualities the graduating class has, such as being hard working. The average grade-point average in the grade was 3.1, she said. 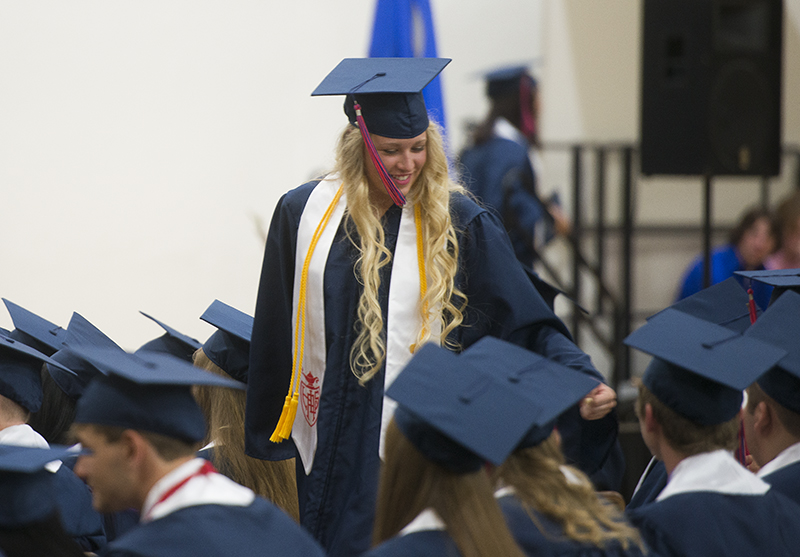 An Albert Lea High School senior greets a fellow classmate while waiting to get her diploma during commencement Friday at the high school. – Colleen Harrison/Albert Lea Tribune

“As you start your future, remember your time at Albert Lea High School,” he said.

Superintendent Mike Funk called the day “significant” for students and the school community, and he read the school’s mission statement.

“Our family, our school system and our community have played a key role in fulfilling this mission,” he said.

Funk spoke highly of the quality of education graduating students were given, and challenged graduates to change the lives of other people with the lessons they learned in high school.

“Continue to embrace learning, and engage the world around you,” he said. “Be a difference maker.”

Jennifer Rodriguez, a first-generation American, said graduating was a happy moment for her because she almost did not graduate. She thanked her family for helping her graduate, and plans to attend Riverland Community College in Austin for law enforcement.

“They’ve just been super supportive,” she said. “All of the groundings totally worked, because I graduated. I am just really thankful for them, and them telling me things that I was doing wrong so I could correct it.” 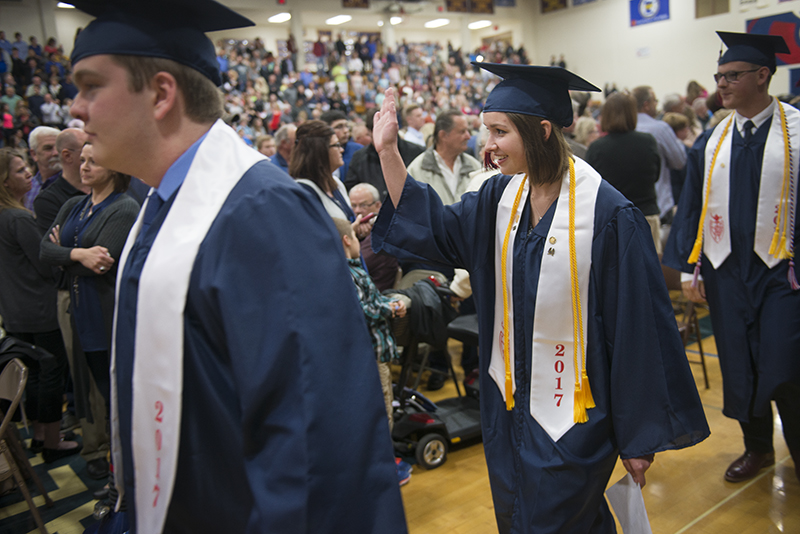