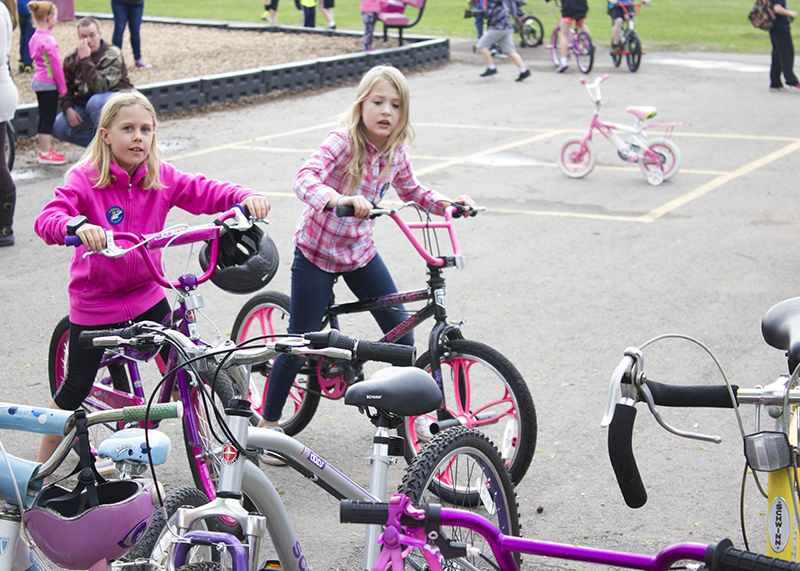 “(The kids) are very excited, extremely excited,” said Nikki Worman, who helped organize the event. “We even had to get some extra bike racks down here so everybody could park their bikes.”

The goal of the bike safety event was to encourage Sibley students and staff to bike to school. Worman said the event was hosted to promote children to stay healthy, exercise and get some fresh air.

“We are giving away eight bikes and helmets today to kids,” Worman said. 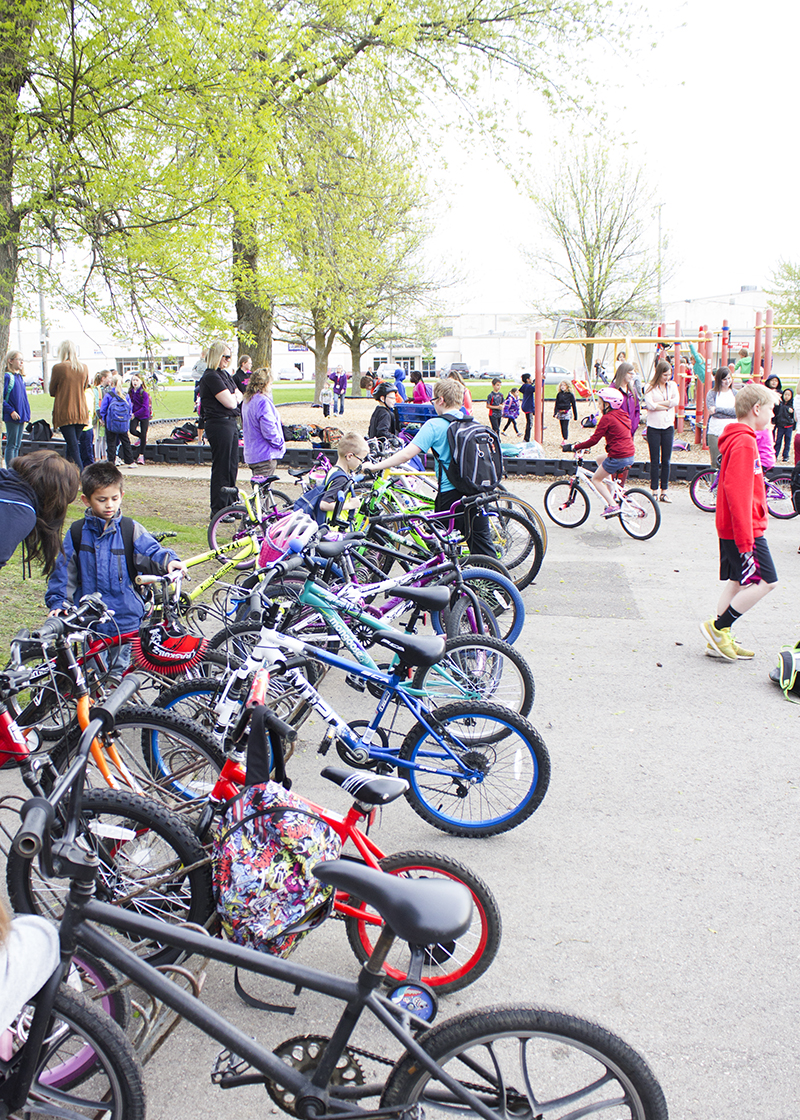 Worman said the event was meant to provide bikes for children who do not have one.

This was the first year that Sibley hosted a bike safety event and she hoped this year’s success is indicative of future successes.

“Hopefully we can do it every year, and it looks like so far it has been really good,” Worman said.

Students who live in rural areas of Albert Lea but attend Sibley were not able to ride their bikes to school. Some parents of rural students actually brought their students and their bikes closer to school for them to be able to bike to Sibley and participate in the event.

In addition to the stickers, Sibley students also received cards with information regarding bike safety.

Students running and playing around the event had many questions for Worman, including what are the bikes for and how could they sign up.

“We are going to do a drawing and if your name is picked, then you get a bike and a helmet and a bike lock,” Worman said.

All Sibley Elementary School students were automatically entered into the bike drawing and random names were selected.

Students patiently waited for the morning announcements to hear whether or not they won a bike. 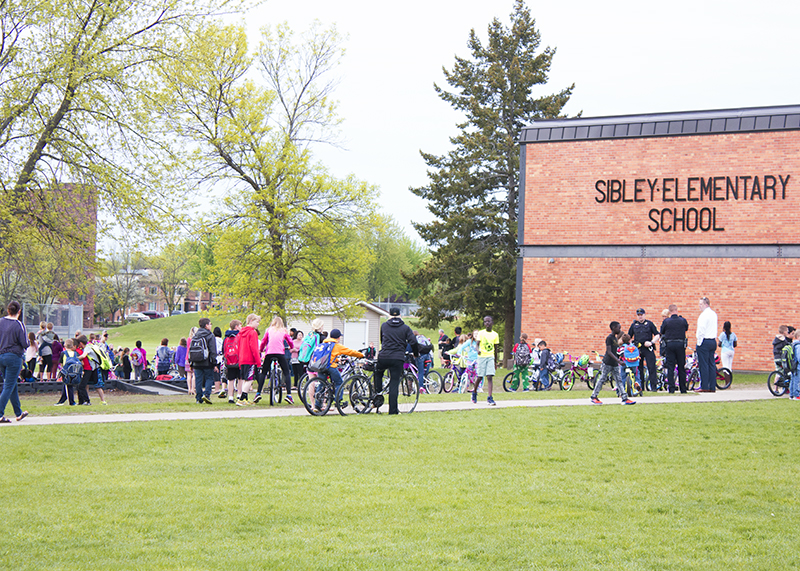