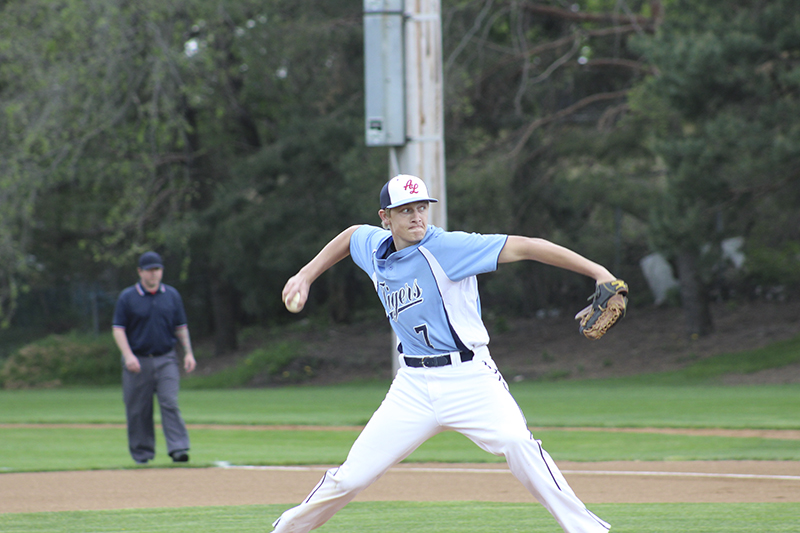 Following a rough stretch in which it lost three of four games, the Albert Lea baseball team carried a three-game winning streak into Wednesday’s matchup with Rochester John Marshall.

John Marshall starting pitcher Matthew Dravis did his part in limiting a Tigers offense that had scored 16 runs during the winning streak to just three runs and four hits in a 3-2 victory for the Rockets.

“It was back-to-back nights of great baseball,” Tigers coach Sean Gaston said. “This was another tight game that was fun to be a part of from start to finish.”

John Marshall struck for the first run of the game in the second inning when Aaron Limberg smacked a double off of Albert Lea starter Cody Ball, scoring Austin Brown.

The Tigers would come back in the second inning.

Ben Witham led off with a double and Jacob Bordewick followed with a walk.

With two outs, Blake Simon reached on an error by first baseman Alex Jensen that allowed Witham to score.

The Rockets added two runs in the third inning thanks to back-to-back RBI singles by Alex Belch and Jensen that made it 3-1. 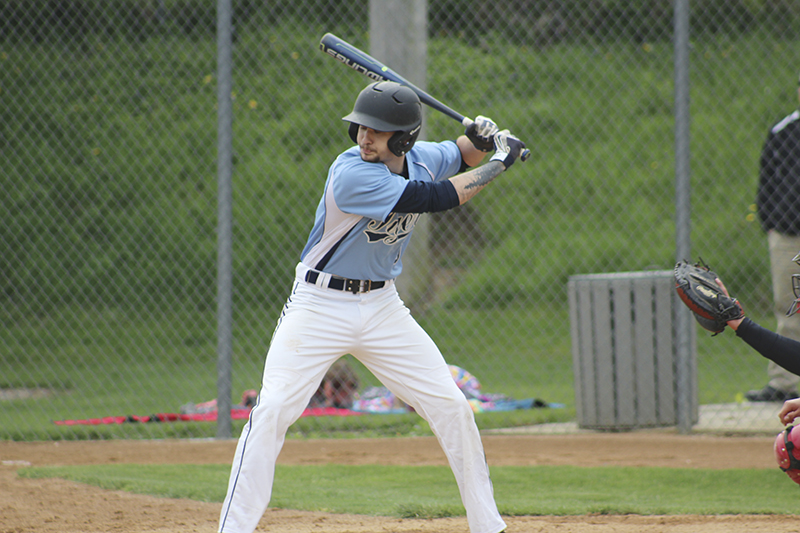 In the bottom of the fifth, Alex Bledsoe delivered an RBI single that scored Parker Anderson and brought the Tigers to within a run at 3-2.

Albert Lea would put together a threat in the bottom of the seventh inning, but it fizzled thanks to a game-ending double-play.

Simon started the inning with a walk.

After an out was recorded, Dawson Luttrell reached on a catcher interference call.

With runners on second and first, Bledsoe stepped to the dish with a chance to deliver an even bigger hit than he contributed in the fifth inning.

But Dravis got Bledsoe to ground out to second baseman Aaron Macken, who fielded it cleanly and flipped it to shortstop Caleb Gronholz to start the double-play.

Reliever Ty Harms pitched the sixth inning for Albert Lea, but exited and was seen with ice on his elbow. Bledsoe replaced him in the seventh inning.

“Cody did a solid job tonight,” Gaston said. “Ty and Alex were fantastic in relief.”

Albert Lea falls to 8-7 on the season, but Gaston was still proud of the effort his team put forth, especially on the back end of a back-to-back.

“I am very proud of the effort tonight,” he said. “John Marshall is a solid team that has some really strong talent. Give them credit, they played a great game of baseball tonight from their starting pitcher down through their lineup. While the result is not what we wanted it was still a great night of ball and another strong learning experience for the boys.”

Albert Lea will play at 5 p.m. Thursday at Northfield.