The Tigers lose a heartbreaker 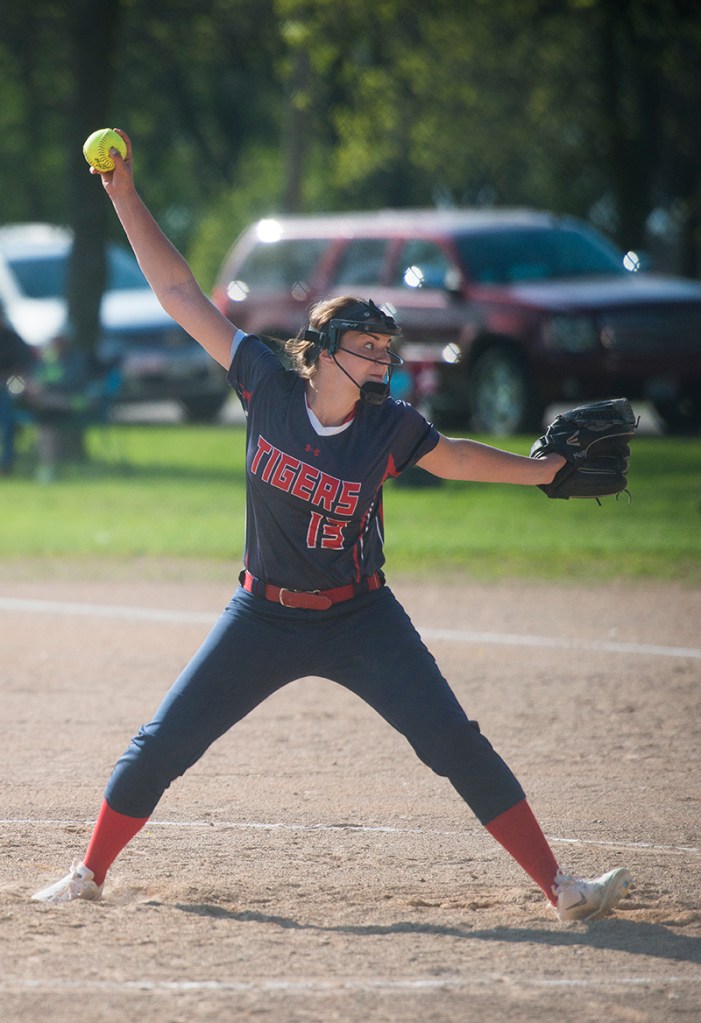 Albert Lea holds off Owatonna until a late sixth-inning run

The Albert Lea softball team was looking to end an eight-game losing streak when it welcomed Owatonna to Hammer Field on Monday.

In one of the quickest games a fan will ever see — just over 60 minutes — Owatonna’s Ellie Rohman broke a scoreless game in the sixth inning when she went deep off Albert Lea’s Megan Johnson for the only run of the game to lift the Huskies to a 1-0 victory.

“Overall, (it was) a fun, fast and exciting game,” Tigers coach Casey Kortz said. “Both teams played three-up, three-down for a few innings, which you rarely see anymore. Our defense was very solid tonight, as well.”

Both Johnson and her counterpart, Jenna VonRuden, worked quickly and efficiently with good defense behind them.

Owatonna threatened to score earlier in the game when it got a runner to third base, but Johnson made sure no Huskie crossed the plate, getting a groundout to end the inning. 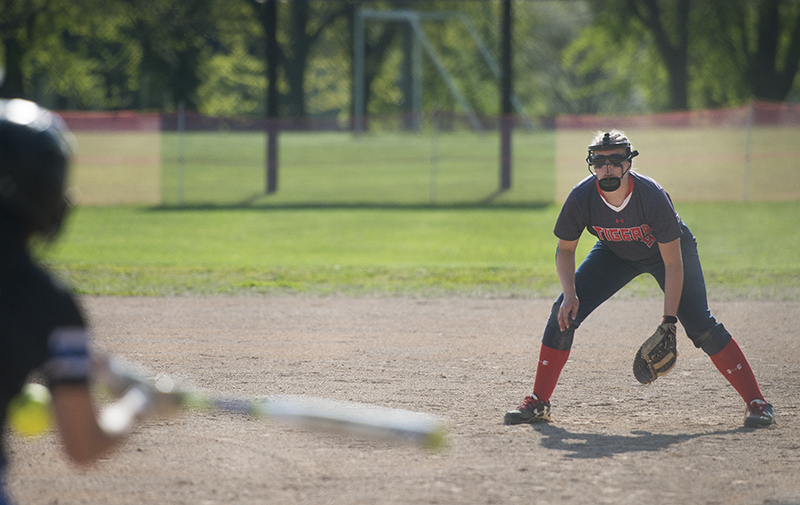 Liana Schallock of the Tigers stays ready at first base during Tuesday’s game against the Huskies. – Colleen Harrison/Albert Lea Tribune

In the sixth inning, Rohman would send the second pitch she would see to straight away centerfield.

The Tigers managed to threaten in the bottom of the seventh inning.

Dayna Edwards led off with a single up the middle and then was bunted over to second base by Madeline Fjermestad-Williams.

With one out, Liana Schallock struck out, leaving it up to Kathryn Flaherty to drive in Edwards.

Flaherty was unlucky in doing so, as she lined a ball back to VonRuden, who snagged it before it hit the ground to end the game.

“It was one of her best games of the season,” Kortz said of Johnson.

Despite losing, Kortz was happy with the way her team played.

“Our bats were moving tonight compared to the past couple of games, where we’ve been silent,” she said. “We have been in a slump lately and tonight we came out fired up, ready to go with a new mindset and it showed.”

Coming off a tough week last week in which the Tigers were outscored 62-4, Kortz was pleased with the attitude of her team.

“I’m very proud of how they bounced back from last week and played as team tonight,” she said.

The loss drops the Tigers to 3-11 on the season.

Albert Lea will host Northfield in a doubleheader on Thursday.

First pitch for Game 1 is scheduled for 4 p.m.