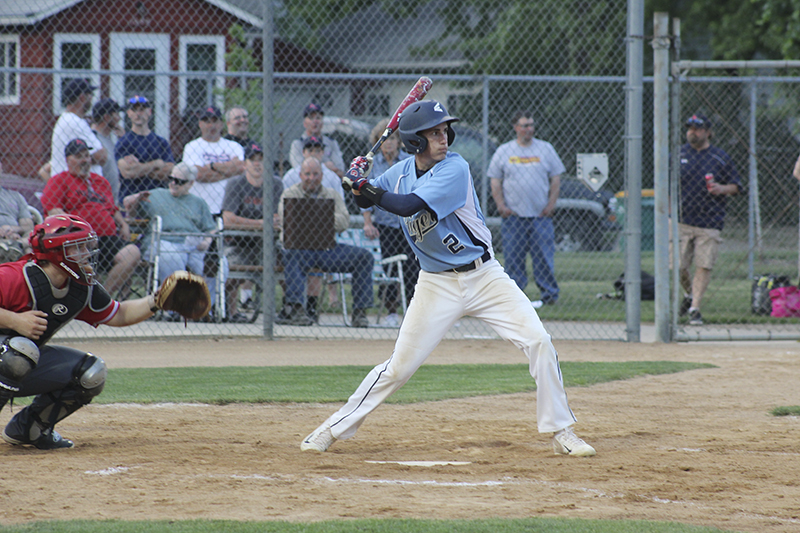 It was Albert Lea Youth Baseball Night at Hayek Field, and that brought over 100 spectators and future Tigers baseball players as Albert Lea hosted Mankato West in a Big Nine Conference game on Tuesday.

The Tigers fell behind early in the opening two innings, but put together a rally that saw them have a chance to tie the game in the bottom of the seventh inning. After a lengthy at-bat, Blake Simon was called out on strikes and Albert Lea fell to the Scarlets, 9-6.

The Scarlets started the first inning with three straight hits, including a two-run double by Robert Meidl.

Mankato West held a 3-0 lead after one inning, and was able to add to it in the second inning. Everything Anderson was throwing over the plate was getting hit around the yard.

Two singles started the second, and Thomas Yokiel added an RBI single later in the inning. Two more runs would come in to score on a throwing error by Albert Lea third baseman Alex Bledsoe. 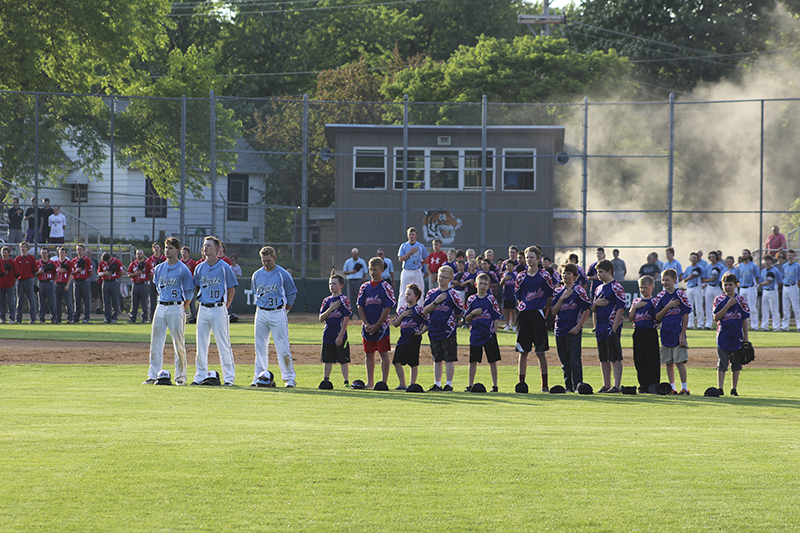 Facing a 7-0 hole, the Tigers did the one thing they have been doing all season: battled back.

Ben Witham and Zach Edwards led off the second inning with singles, and Witham would come around to score on a throwing error by third baseman Chris Pipes.

The big blow in the inning came when Jack Buendorf launched a two-run double to left center field.

The Scarlets added a run in the fourth on an error.

After an RBI double by Mankato West’s Kyle Looft, Witham made a nice double play.

On a fly ball to right center, Witham situated himself under the ball and made the catch. Looft thought Witham was deep enough to where he could tag up and head to third, but Witham threw a dart to Bledsoe, who applied the tag for the second out.

Albert Lea did enough to hang around until the last inning, when it brought the winning run to the plate.

Bledsoe led off with a double, then Alex Goodmanson singled.

Cody Ball, who came on in relief of Anderson, delivered a two-run double that brought the crowd into the game.

The hit made the score 9-6 and would spell the end of the night for Scarlets starting pitcher Benjamin Hopper.

On came Ben Scott in relief, but he struggled to find the strike zone and walked Jacob Bordewick and Zach Edwards to load the bases.

That brought up Simon.

After getting into a 1-2 hole, Simon fouled off four straight pitches before being called out on strikes to end the game.

Albert Lea has now lost three in a row and is 8-9 on the season.

It will face NRHEG on Thursday in New Richland.