Veteran donates 10 gallons of blood over 60-plus years 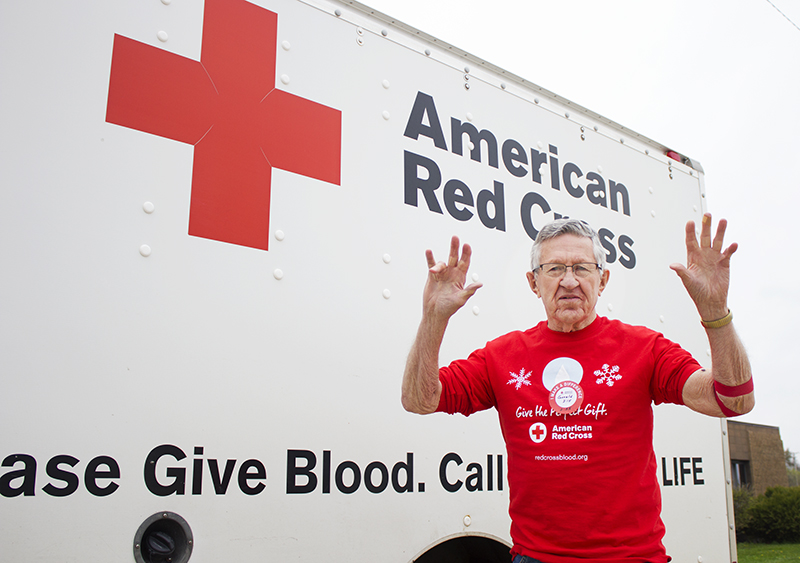 “The first time I gave blood was in Korea,” 84-year-old Gerald Dunford of Hollandale said as he began another a blood donation.

Dunford spent two years in Korea with the United States Army. He gave his first blood donation in 1953.

“There was a man wounded on the floor, and two of us come along, and we both had the same blood (type) as he did,” he said. “And I sat on one side, and the guy on the other side, so we gave blood.”

Because Dunford and the other soldier were on their way to something else, Dunford said, he was not sure if the wounded man in Korea who received his first blood donation lived or died.

Dunford did not plan on being in Korea for two years, but when he returned to the United States, he began giving blood at the school in Hollandale.

Dunford was a truck driver by profession, which made it hard to give blood on the road, he said. 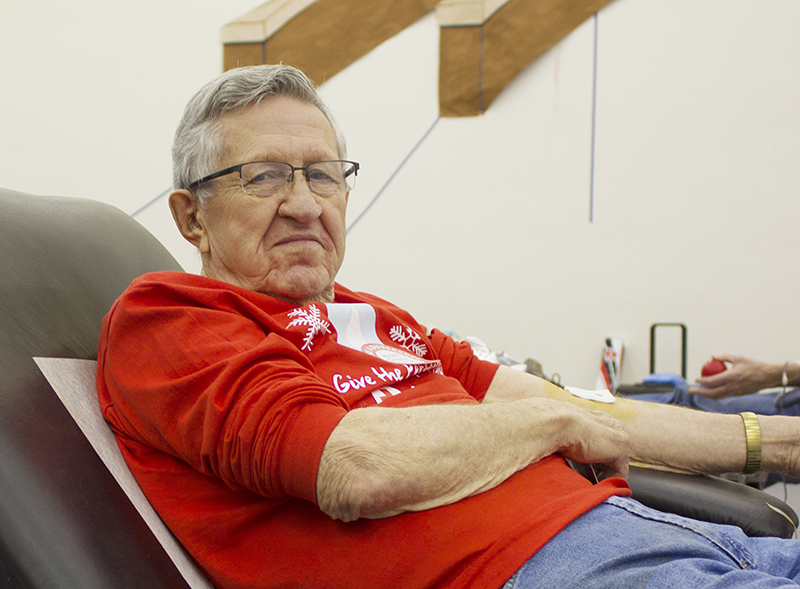 He has since given blood just about every 56 days since he stopped driving.

There are more people in Freeborn County that have matched and exceeded the quantity of Dunford’s blood donation. He was not the first and will likely not be the last to complete 10 gallons of blood donation. It’s Dunford’s age and humility that make him a particularly unique donor.

Dunford did not have a message for the community beyond what his actions say for themselves. Those people who give blood are going to give blood, and those people who don’t do it aren’t going to change their minds, according to him. Dunford thinks a widely common fear of needles is to blame for the shortage in blood donation.

“I just keep going, I try to get other people to go but a lot of people won’t do it,” Dunford said.

“Gerald has been a hero 80 times over as of today,” said Jan Birkhofer, volunteer coordinator for the Freeborn County American Red Cross.

Birkhofer said that one blood donation could save up to three lives. During the span of Dunford’s donations, it is possible that he saved 240 lives.

“The only thing about the Red Cross is that I haven’t met an ugly one yet,” Dunford said with a laugh. “But no, they are really good people.”

The next available blood drive in Albert Lea will be from noon to 6 p.m. May 23 at the Armory, 410 Prospect Ave.

For more information on blood donation or to make an appointment to donate, visit www.redcross.org.