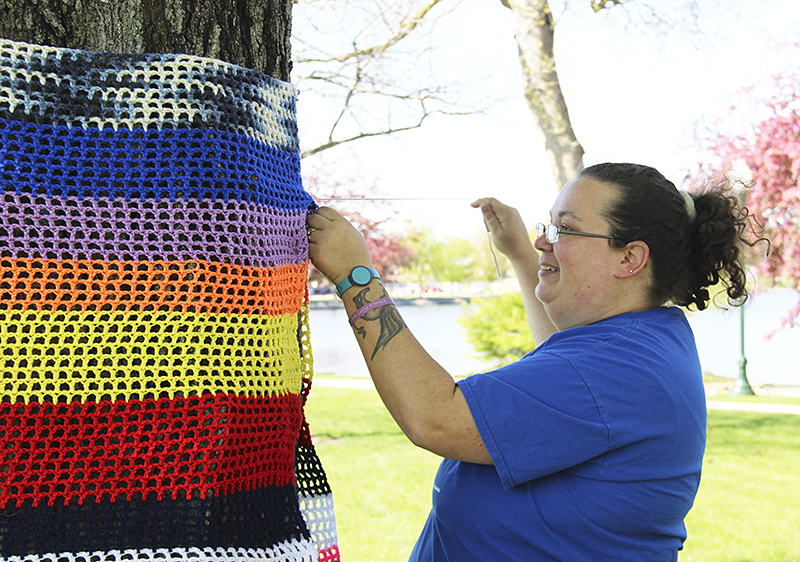 Mindy Christenson attaches the end of a tree sweater she created onto a tree at New Denmark Park. Christenson, who crochets for a living, said she hopes people know it’s OK to ask for help if they are suffering from a mental illness. - Sarah Stultz/Albert Lea Tribune

Area volunteers incorporated a form of street art around the trees at New Denmark Park on Saturday out of an effort to raise awareness about mental health during the month of May.

In what is known as yarn bombing, the volunteers attached knitted or crocheted yarn blankets around the trees. The tree sweaters will be in place for two weeks, after which they will be removed, washed and turned into blankets for the clients at the Mental Health Center and Next Step Clubhouse.

Ariel Winter, one of the organizers of the effort, said the volunteers worked on their tree sweaters for about a month. 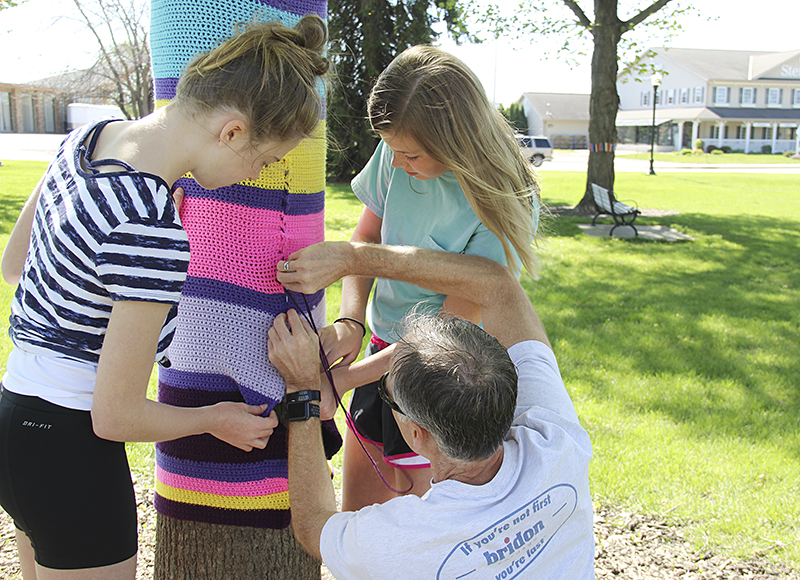 Jordan, Whitney and Al Mullenbach place a tree sweater onto a tree at New Denmark Park on Saturday morning as part of an effort to raise awareness about mental illness and ways people can support those who are struggling with it. – Sarah Stultz/Albert Lea Tribune

“Art can be therapeutic for our mental health, so we thought it would be fun to put the two together,” said Winter, who is an adult mental health case manager at the Department of Human Services.

She and others hope the effort will help people think of others they know who are struggling with mental illness and the ways they can support them.

Mindy Christenson, one of the volunteers, said she first got involved in the effort because of the opportunity to crochet — which she does for a living. 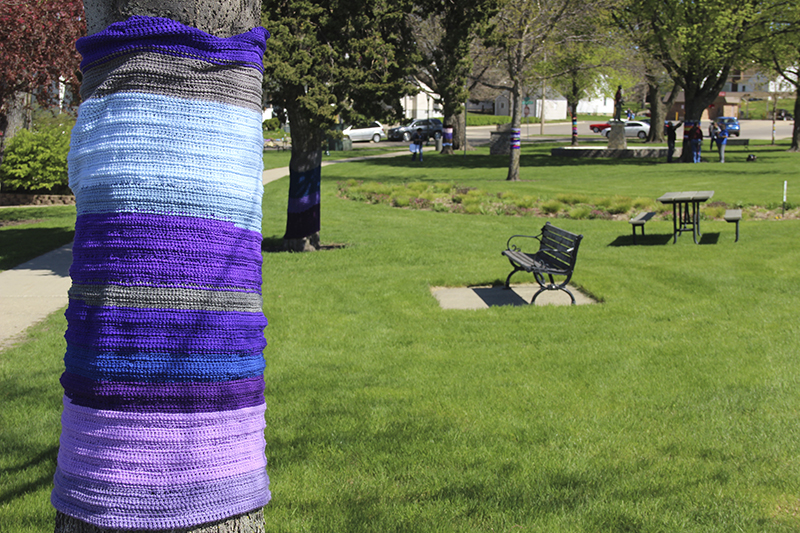 She said she has also suffered with depression after the loss of one of her children and with difficult medical challenges for two of her others. She hopes awareness can spread so that it is less taboo for people to talk about depression and other mental illness.

“People need to know it’s OK to go in and ask for help,” Christenson said.

Freeborn County recently became an affiliate through the National Alliance on Mental Illness, Winter said, and there will be a membership drive for people affected by mental illness or who have friends or family who are affected.

People interested in getting involved are asked to check in at the Vitality Center on South Broadway, the Mental Health Center or Farmers State Bank, said Ann Austin, executive director of the United Way of Freeborn County.

There is a $35 per family cost to be involved, but there are individual sliding fees as well. The organization provides a magazine and other resources. 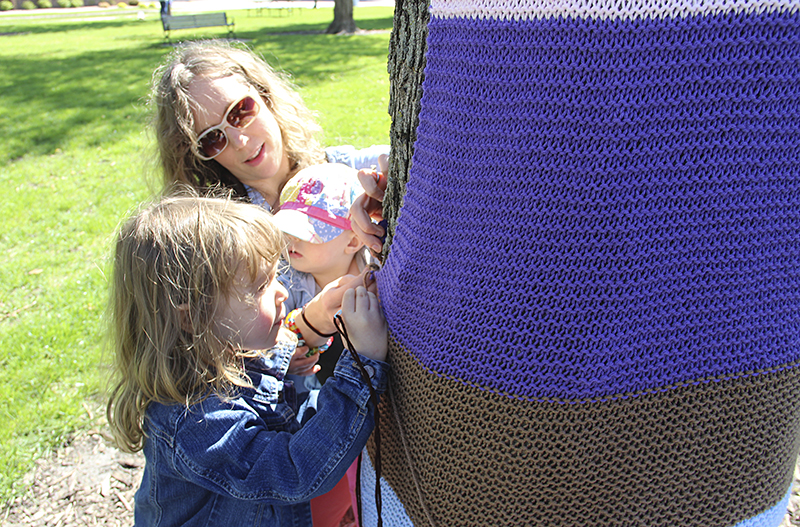