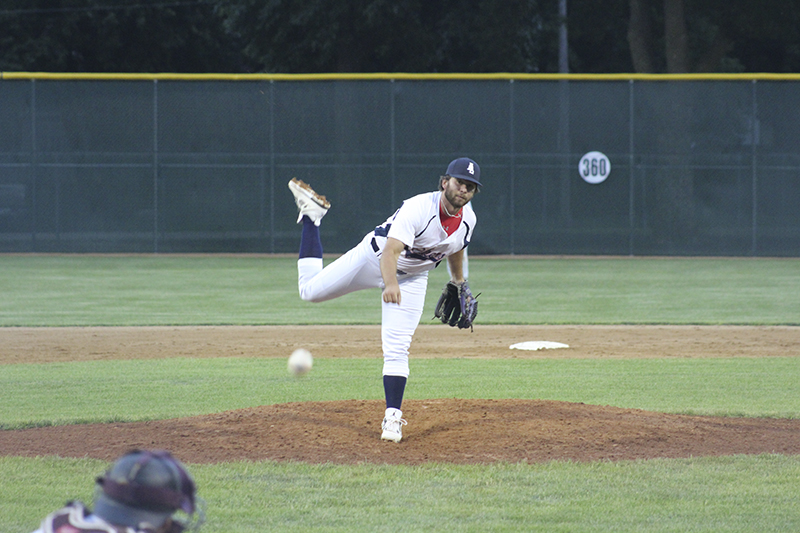 The Albert Lea Lakers pulled out some late game heroics as they hosted the Sioux Falls Gold on Thursday night. The Lakers broke a tie game in the eighth inning to grab a 5-4 victory over the Gold.

The Lakers grabbed the first runs of the ball game in the second inning. Hometown outfielder, Parker Mullenbach, notched the run with a sacrifice fly to center field.

Albert Lea would add another run in the third thanks to an RBI double from designated hitter Jack Henseth.

It seemed the Lakers had the game in a good position in the fourth inning when second baseman Hunter Waning hit a two run home run to put Albert Lea on top by a score of 4-0.

However, the Gold would make their comeback just a half inning later when Sioux Falls first baseman, Derek Dahlke, blasted a bases loaded home run to tie the game back up at 4-4. 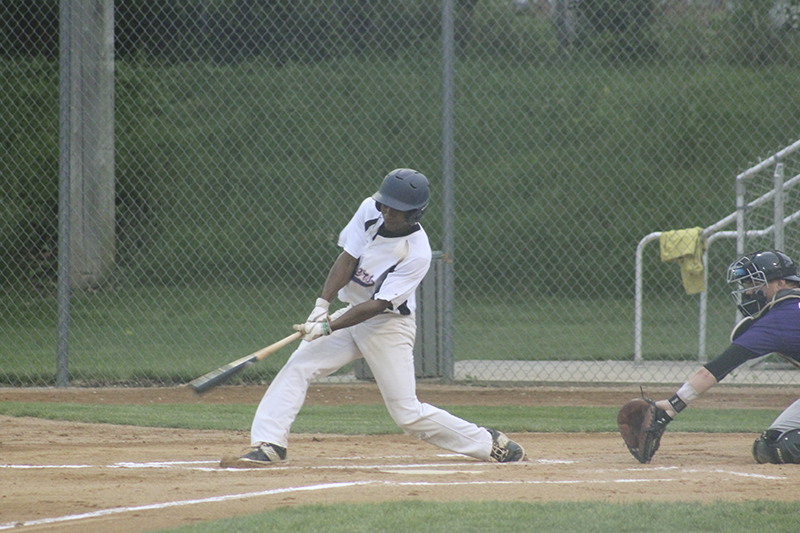 Albert Lea Lakers centerfielder Jamell Newsome takes a swing at a pitch in a first-inning at-bat during Thursday’s game against Sioux Falls. The Lakers won 5-4.

Pitching for the Lakers was solid by both the starter Trevor Salmon and reliever Blake Bagenstos. The duo combined for 13 strikeouts and held the Gold to just five hits.

The game would remain tied until the bottom of the eighth inning. With two outs on the board, Waning notched another base hit and moved into scoring position on a stolen base. Waning was then batted in by shortstop Evan Kayser. Kayser hit a line drive to the right field corner for a go-ahead RBI double.

Albert Lea would go into the ninth with a one-run lead, but relief pitcher Blake Bargenstos closed the door on Sioux Falls.

The Lakers now move to 5-4 on the season and will be back in action on Saturday evening in Albert Lea as they host the Carroll Merchants.