Marlin was born one of twins on the family farm near Emmons and Lake Mills. He graduated from Emmons High School, and attended Luther College and St. Olaf College — graduating from St. Olaf in 1950 with a major in history. He pursued his calling to the ministry, graduating from Luther Seminary in St. Paul after serving his internship at Chetek Lutheran Church in Chetek, Wisconsin.

While still in seminary, Marlin was introduced to his future wife of 61 years, Arlene (Nelson), by his sister, Viola. 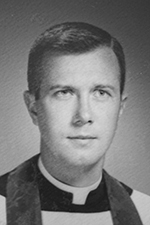 Marlin’s first pastoral call was to St Paul’s Lutheran Church in Manitowoc, Wisconsin. In 1956 he moved to Beloit, Wisconsin, to pastor a new home mission parish, Calvary Lutheran. In 1962 he undertook clinical pastoral education training at Lutheran General Hospital in Park Ridge, Illinois, and was selected to undergo additional training as a CPE instructor. In 1964 he moved his family to Minneapolis and served as chaplain and continuing professional education instructor and supervisor at Lutheran Deaconess Hospital until 1980. He then served as chaplain and CPE supervisor in St. Paul at Bethesda Hospital, which post mergers ultimately became HealthEast. He ended his chaplaincy career as the vice president of pastoral services and mission effectiveness at HealthEast, retiring in 1992.

Marlin maintained his interest in history throughout his life. During his working years he researched the deaconess movement from Scandinavian countries to the U.S. In retirement, he pursued family history/genealogies and was involved in the Carver County Historical Society. Marlin was a member of the Nordkap Male Chorus for several years, singing at festivals and concerts that featured Scandinavian music. He and Arlene enjoyed traveling and spending time with family, extended family and friends. Organ concerts; long, brisk daily walks; classical music; and crossword puzzles were some of his favorite pastimes. 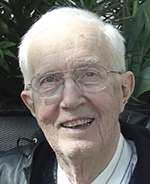 Professionally, Marlin will be remembered for his role in nurturing and growing hospital chaplaincy and pastoral care for the sick and dying and their loved ones in the Twin Cities area. Personally, Marlin will be remembered for his living example of love and service to those whose lives he touched — especially family members, including extended family in Norway. A large part of Marlin’s heart stayed attached to his roots and family on the farm.

The memorial service will be at 2 p.m. June 23 at St. Stephen Lutheran Church, 8400 France Ave. S in Bloomington. Visitation will be one hour prior to the service at the church. Coffee and desserts will follow at the church after the service.

In lieu of flowers Marlin’s family suggests donations be sent to N.C. Little Memorial Hospice, 7019 Lynmar Lane, Edina, MN 55435, where Marlin was cared for so compassionately and expertly during his final days. Interment of cremated remains of Marlin and his wife, Arlene Stene, will be at 10:30 a.m. June 24 at Oak Lawn Cemetery in Emmons.