A state berth is on the line 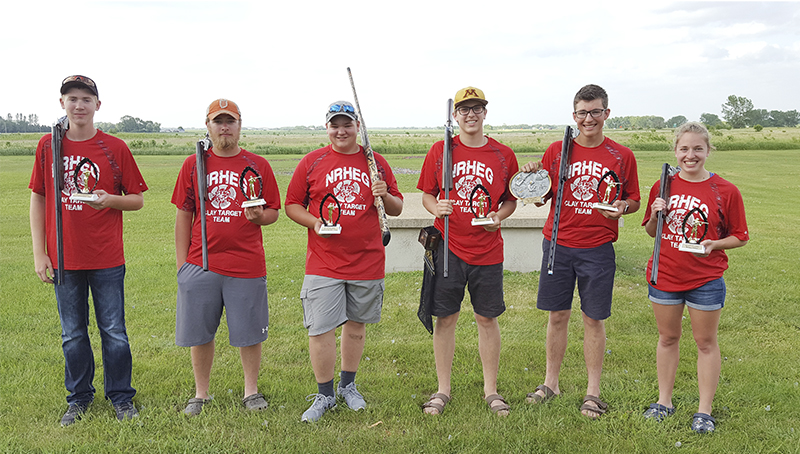 The group got together to enjoy some food, soical time and share their love of target shooting.

The group practiced some shooting they don’t normally get to do such as doubles, handicap and the Annie Oakley shoot.

The clay target team had 31 letter-winners this season. To letter, an athlete had to average over 20 targets hit out of 25 and participate in four of the five weeks of competition.

Christenson ranked first in the conference with an average of 24.2 targets hit. Eustice was seventh, Lund 10th, Dobberstein and Worke tied for 19th and Romer finished in 23rd.

Ralph Roesler was named the team’s most improved shooter. He improved his 50-target average by 8.73 over last season.

The NRHEG clay target team will move on to the state class 7A tournament, which will be held Sunday in Alexandria.

Once there, the team will compete for one of the three spots in the state tournament.

Vikings camp in Mankato No. 52 to be in…