Alden baby is legendary at 18 weeks 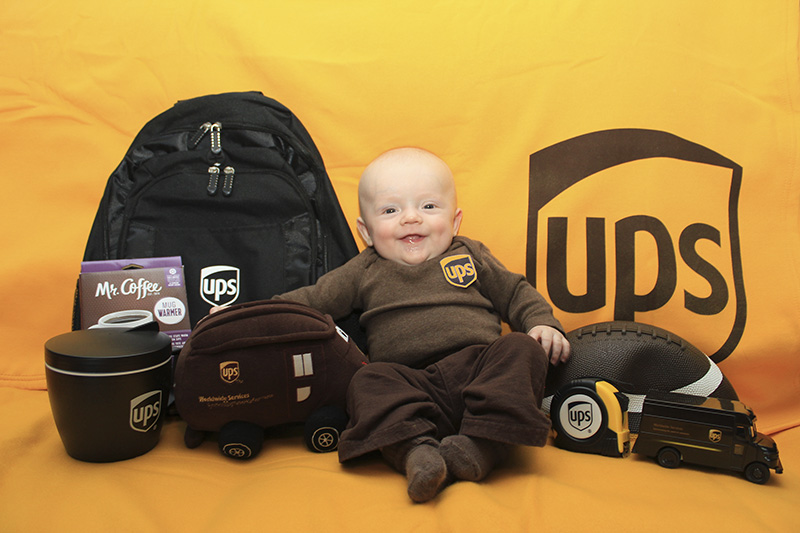 allen Peterson is 18 weeks old and is the son of Derek and Ashley Peterson of Alden. Provided

“I was dressing him one morning and put on a brown onesie,” said Derek Peterson, father of 18-week-old Callen. “Look- ing for matching pants, I found a brown pair and put them on him and laughed when I realized he looked like a UPS driver.”

That’s when it began for the now social media-recognized local family.

As a joke, Peterson said he printed off a UPS logo and taped it on his son and took a quick picture with his phone to send to his wife, Ashley.

“She thought it was also pretty funny and told me I should send it to UPS,” he said. “I put the picture on Twitter and tagged UPS with the caption, ‘Hey UPS are you hiring?’ I never thought I would actually get a response from UPS.”

Within an hour, Peterson got a notification telling him that UPS posted the picture on its page.

UPS then posted the picture on its Instagram, Twitter and Facebook pages with the caption, “You’re Hired! Introduc- ing our newest, and per- haps cutest, future driver. Thank you to the Petersons for sharing this adorable photo.”

According to Peter- son, UPS messaged him,

thanking him for sending the picture and asked for his address.

“They wanted to send Callen some ‘UPS Swag,’” he said.

A few days later, UPS sent a package to the family. “It contained a UPS blan- ket, toy delivery truck, truck pillow, backpack, football, food container and a measuring tape, all with the UPS logo on them,” he said. “They also included a mug warmer and a hand- written note. It is fun to share the great experience

we had with UPS.”