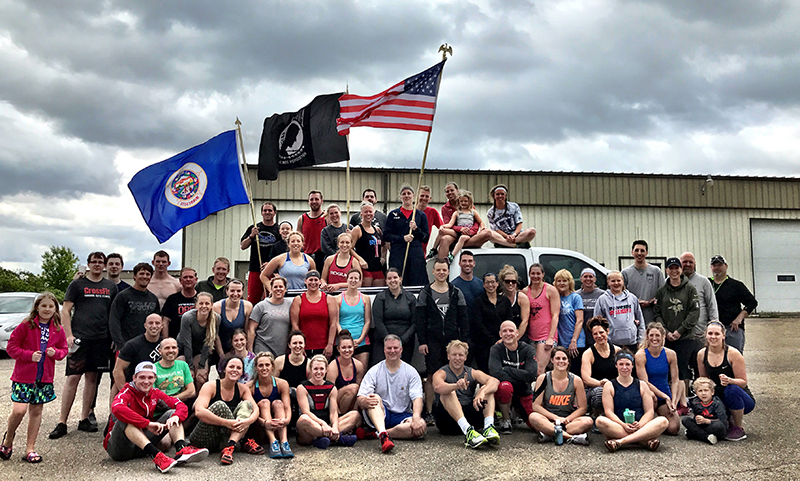 The true meaning of Memorial Day is to remember and honor those heroes who have served or continue to serve and protect the country, according to a press release.

With an extra day to the weekend, many people had the opportunity to spend additional time with loved ones, get projects done around the house or cabin and even recharge their batteries from the daily grind that sometimes takes a toll.  The community and country shows support and remembers these heroes with patriotic displays, moments of silence, and splashes of red, white and blue to remind people what Memorial Day is truly about.

One such tradition, celebrated by CrossFit gyms across the country, was an addition to the Albert Lea community this year and was held at CrossFit InnerDrive of Albert Lea, according to the release.

The Memorial Day Murph is a workout honoring fallen hero Lt. Michael Murphy. A Navy SEAL, “Murph” as he was called, was awarded the Congressional Medal of Honor for his heroic actions in Afghanistan that ultimately took his life on June 28, 2005. Murphy, along with many other Navy SEALS, were not only heroes in their jobs, but also CrossFitters.  As such, the CrossFit community continues to honor and remember these men and women with hero workouts of the day. The Murph workout is one example and has become a Memorial Day tradition in the CrossFit world. The workout consists of running, pull-ups and push-ups, which happened to be some of Murphy’s favorites.

This year, Crossfit InnerDrive was proud to continue the Memorial Day Murph tradition in Albert Lea. Over 50 athletes completed the workout and many more attended to cheer, show their support and patriotism, and donate to local heroes, all while getting a sweat on, the release stated. It was an display of determination and hard work and a great way to celebrate and remember what Memorial Day is all about.