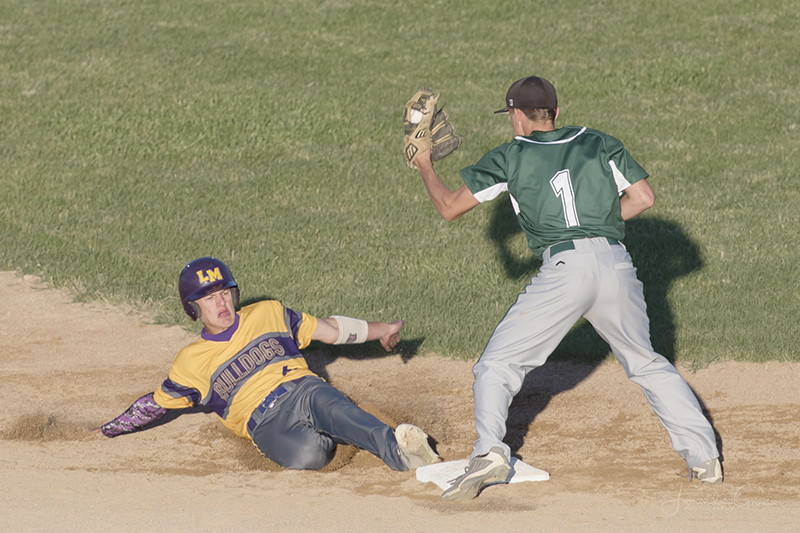 Logan Prescott slides into second base for the Bulldogs. Prescott delivered a two-run single in the first inning against North Union. - Jarrod Peterson/Albert Lea Tribune

LAKE MILLS — All it took was one inning for Lake Mills to create separation against North Union.

A seven-run first inning helped the Bulldogs beat the Warriors 10-0 in five innings.

Charlie Dugger started the inning with a walk and Zach Throne followed with a one-out single. Luke Groe walked to load the bases.

After Gabe Irons unsuccessfully tried a suicide squeeze, Logan Prescott came through with a two-run single to put the first runs of the game on the board for Lake Mills. 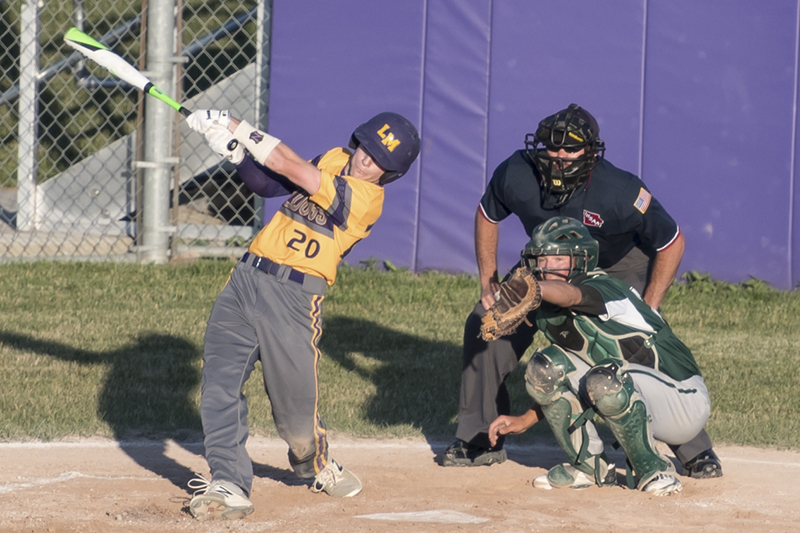 Pitcher Grant Fjelstad followed up Prescott’s run-scoring hit with another two-run single up the middle.

With the bases reloaded after back-to-back walks, Dugger emptied them with a three-run double.

Irons added an RBI groundout in the second inning and Lake Mills scored two runs on an error in the third inning.

Lake Mills will be on the road against North Iowa on Wednesday.