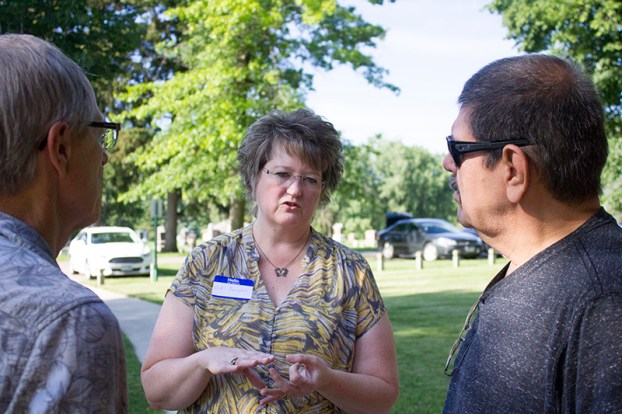 DFL candidates for state and federal offices discussed their qualifications and goals for the party at a picnic Thursday at Pioneer Park in Albert Lea.

“The big issue we are facing in the state right now is we have this rapidly-changing economy, and our state government is not keeping up with standing up for everyday people in the face of those changes,” he said. 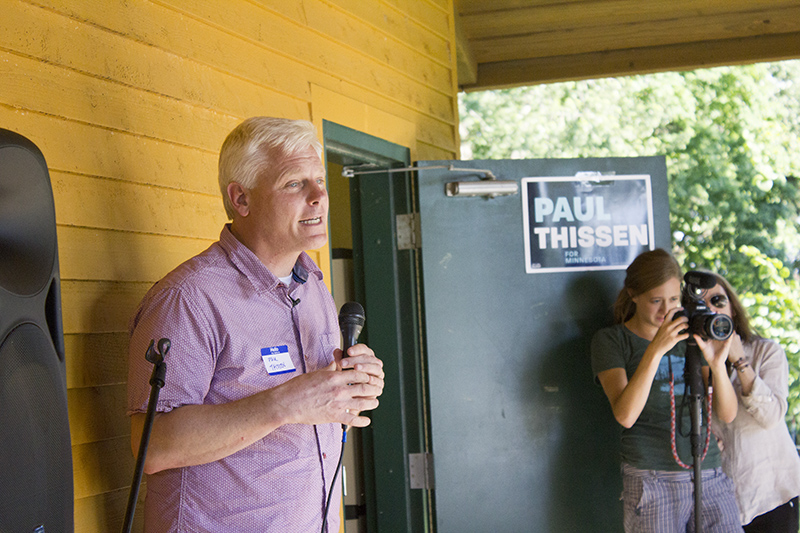 Candidate for governor Paul Thissen discusses his vision for the state Thursday at a DFL picnic in Albert Lea. — Sam Wilmes/Albert Lea Tribune

Thissen said as a legislator he has helped raise the minimum wage, worked to deliver equal pay for equal work for women, helped establish paid time off policy, as well as assisting in providing education investments.

“When we were in charge, we helped a lot in that regard,” he said of the DFL Party.

Thissen, who said has come to the picnic for many years, said the next governor needs to meet people face-to-face.

“The bottom line is, people want their political leaders to show up and be there with them,” he said.

Surveys filled out by picnic-goers identified important issues for party members, such as health care. A meal was also served for attendees.

“This is great that I am able to get out to events like this, where people (gather), and I can go and talk to them, knowing that I am running for Congress,” Jensen said.

She said she has focused on local issues as District 24 senator, and she held an event the second Saturday of every month that she said has helped her.

“Great to see Democrats getting together and talking about the future of the state,” she said. Liebling, who is in her seventh term in office, was first elected in 2004 and was the first Democrat elected in Rochester in at least 30 years.

Coleman, who has been St. Paul’s mayor since 2008, discussed his qualifications and accomplishments as mayor.

Austinson, a former Byron High School football coach who described himself as a bridge candidate, urged DFLers to bring a positive message.

Feehan, former principal deputy assistant secretary of defense, discussed his service in the Army and as a math teacher, and he spoke of his support for universal health care and economic opportunity.

A Wisconsin man who reportedly led officers on a chase with a “crotch rocket” motorcycle Thursday at speeds of at... read more