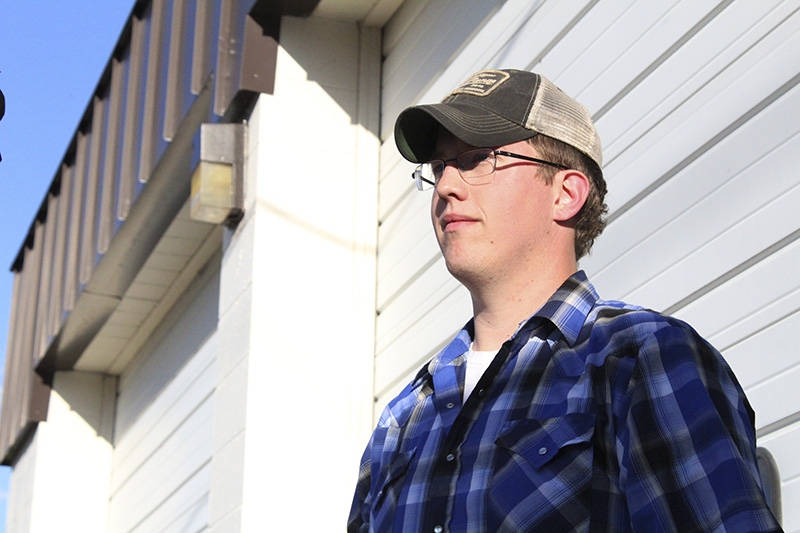 Logan Busho, 26, of Ellendale, was chosen as this year’s recipient of the award.

Born and raised in Ellendale, Busho has worked at Motor Inn in Albert Lea for the past five years. He was recognized for his work volunteering for the Ellendale Fire Department. Busho is an assistant chief for the department.

As part of the award, area citizens were invited to nominate someone that has gone “above and beyond” for the Ellendale community. 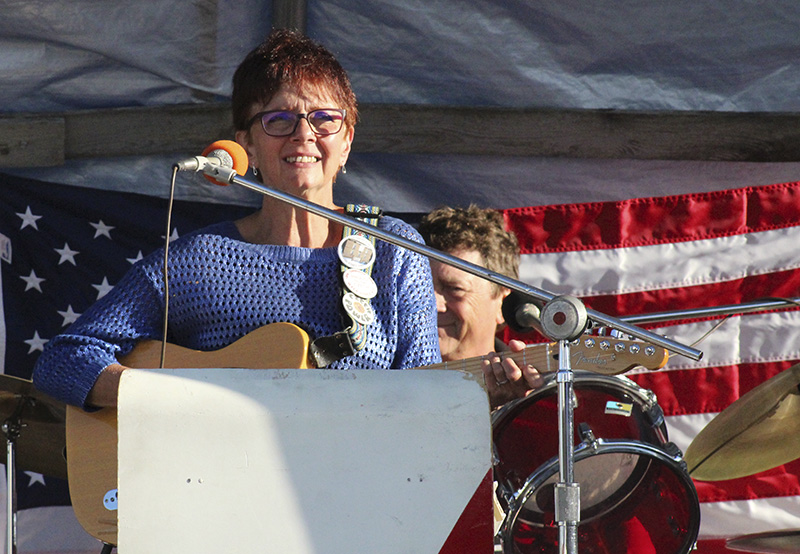 “What we were told is that the unsung hero is supposed to be someone who has done quite a bit for the community and deserves some recognition — I never quite thought that I would be the one getting it,” Busho said.

The action group received nomination forms and honored the winner last night during the Community Bingo night. This is the first year  the action group has recognized a humble hero.

“It shows that people are watching,” Busho said. “It feels pretty good to actually have someone say thank you.”

Criteria for nomination included impressive volunteer history, random acts of kindness, a love for the community, making the community more beautiful and betterment of the community for all.

“Ellendale means everything to me. It is where I grew up — my family has a lot of history in town here — all these other young kids move away, and when I go away somewhere,  and I just can’t wait to get back. I know (Ellendale is) not a whole lot to look at, but it is a lot of fun,” Busho said. “It is a great place to live.”

Allison Muilenburg, a member of the town’s action group, said they picked Logan because he is part of a younger generation in town and because he is a silent backbone in Ellendale.

Busho’s willingness to help without being asked, humility and the work he accomplishes behind the scenes have been cited for his nomination.

“He does not like to be recognized for the things he does,” Muilenburg said.

Busho will be riding in the Ellendale Days Parade today. The community action group hopes that the Unsung Hero Award will become an annual event included in the Ellendale’s annual summer celebration.

For many, the four-day Ellendale Days celebration kicks off summer festivities. Highlights from the event so far have included a run/walk for Alzheimer’s on Thursday, a polka band performance by Dan Stursa and the ECAG’s recognition of Busho Friday night.

Tonight, there will be a teen dance at the Community Center and a street dance with The High Street Band performing at the Ellendale Liquor Store from 8 p.m. to midnight.

The annual Ellendale parade will be at 4 p.m. today, followed by children’s turtle races and a children’s tractor pull.

There will be a fire department softball game tomorrow to wrap up the Ellendale Days festivities. The game will begin at 12:30 p.m. in the fields behind the bus garage.