Feeling safe during fireworks: How to help manage your dog’s noise aversion this summer 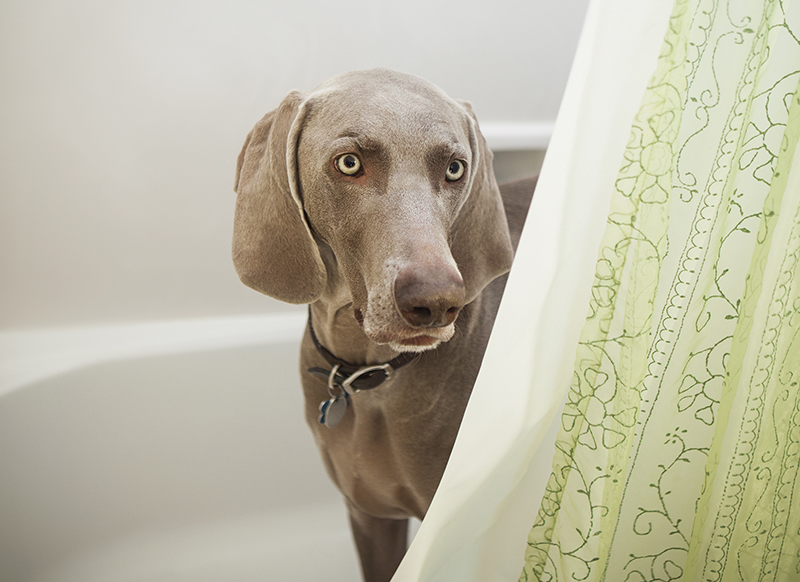 For many dogs, loud noises from fireworks, thunder or other sources can trigger fear and anxiety similar to a panic attack. - Provided

The boom of fireworks or the crash of thunder may create a wave of excitement for you. However, for many dogs, these loud noises trigger fear and anxiety similar to a panic attack.

This anxiety is a progressive medical condition called canine noise aversion. You might know it as noise phobia or noise anxiety. At least 1 in 3 dogs suffer from noise aversion, which can leave dog owners and their families feeling helpless during summer fireworks celebrations and rolls of thunder.

Macie Buell watched her 14-year-old Weimaraner mix, Harley, struggle with noise aversion. Fireworks and thunder are particularly stressful for the whole family due to Harley’s condition.

“Harley is my baby, and I hate to see her in any discomfort,” Buell said. “She pants, shakes, tries to hide under furniture or takes cover in the bathtub when she hears thunder or fireworks.”

Harley’s reaction to loud noises is typical of a dog with noise aversion. Other symptoms may include vocalizing fear by barking or whining, seeking extra attention from her owner, destroying furniture or even attempting to escape from home.

Over the years, Buell discussed Harley’s reaction to fireworks and thunder with her veterinarian, Dr. Peter Eeg of Poolesville Veterinary Clinic in Poolesville, Maryland.

As soon as SILEO(r) (dexmedetomidine oromucosal gel) — the first and only U.S. Food and Drug Administration-approved treatment for canine noise aversion — became available, Eeg recommended this innovative at-home treatment for Harley. Dr. Eeg also used SILEO to treat two of his dogs that suffer from noise aversion triggered by thunder.

“Harley responded exceptionally well to treatment with SILEO,”  Eeg said. “It also completely resolved my own dogs’ anxiety and fear of loud thunder.”

Clinically proven to be safe and effective without other treatments or training, SILEO is a practical, fast-acting, at-home treatment for noise aversion. It begins working in about 30 minutes to one hour and provides relief for up to 2-3 hours. Your veterinarian should show you how to administer SILEO when it is prescribed.

“We have lots of thunder, fireworks and construction in the neighborhood each summer,” Buell said. “The first time I gave Harley SILEO, she napped through the thunder. It was such a relief to our family to see her relaxed and happy.”

Talk with
your veterinarian

Do not use SILEO in dogs with severe cardiovascular disease, respiratory, liver or kidney diseases, or in conditions of shock, severe debilitation, or stress due to extreme heat, cold or fatigue or in dogs hypersensitive to dexmedetomidine or to any of the excipients. SILEO should not be administered in the presence of preexisting hypotension, hypoxia, or bradycardia. Do not use in dogs sedated from previous dosing. SILEO has not been evaluated in dogs younger than 16 weeks of age or in dogs with dental or gingival disease that could have an effect on the absorption of SILEO.  SILEO has not been evaluated for use in breeding, pregnant, or lactating dogs or for aversion behaviors to thunderstorms. Transient pale mucous membranes at the site of application may occur with SILEO use.  Other uncommon adverse reactions included emesis, drowsiness or sedation. Handlers should avoid direct exposure of SILEO to their skin, eyes or mouth.  Failure to lock the ring-stop on the syringe before dosing SILEO could potentially lead to an accidental overdose. Always review instructions for use before dispensing and dosing. See full Prescribing Information at zoetisUS.com/sileoPI.